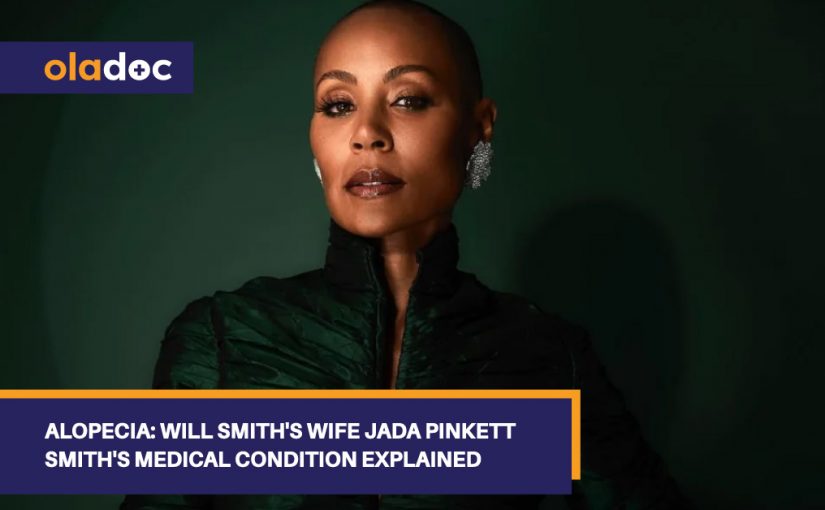 Alopecia areata is the name of the medical condition Will Smith’s wife, Jada Pinkett Smith, suffers from. People who have this condition have to deal with patchy hair loss and possible baldness.

Will Smith Slaps Chris Rock At the Oscars

The who world was left shocked as Will Smith slapped Chris Rock at the Oscars following a joke by the comedian that didn’t sit well with Will and his wife, Jada.

Chris was heard to have said, “Jada, can’t wait for G.I. Jane 2.” G.I. Jane was a movie released in 1997 starring Demi Moore, who is seen in a bald cut for the role. The joke was meant to highlight Jada’s baldness, which is due to alopecia.

Little did Chris know that it would spur an angry reaction from her husband, Will Smith. Jada Pinkett Smith was visibly annoyed by Chris’ words and was seen rolling her eyes in displeasure. Shortly afterwards, Will Smith walked over to Chris Rock on stage and slapped him.

What is Alopecia Areata?

Alopecia areata, or simply alopecia, is an autoimmune disorder. It is a condition in which a person’s immune system attacks hair follicles leading to partial or complete hair loss. Alopecia can result in patchy hair or complete baldness in some people.

The causes of alopecia are yet uncertain. However, researchers believe that it results from a mix of genetic and environmental factors. If you have a close family member suffering from an autoimmune disorder, you are more likely to develop this condition.

Will Smith’s wife, Jada Pinket Smith, has been quite vocal and open about her condition. The actress turned singer first went public with her diagnosis in 2018.

Since then, she said she has been cutting her hair and wearing a turban on her head. The cause of her illness has not been found. However doctors believe it may be stress-related.

It has been incredibly difficult for her to deal with alopecia as she stated how “it was terrifying when it first started.”

Will Smith’s actions are difficult to justify, as physical assault and violence of any sort should not be condoned.

However, this incident shows that alopecia is not a joke and therefore should not be taken lightly.

It is almost certainly not something to make fun of and is an insult to the millions of people suffering from the condition worldwide.

oladoc can help you book online and in-person appointments with the best dermatologists, for the diagnosis and treatment of alopecia. You can use the oladoc website, mobile app, or call at 04238900939 to book your appointments.

Disclaimer: The contents of this article are intended to raise awareness about common health issues and should not be viewed as sound medical advice for your specific condition. You should always consult with a licensed medical practitioner prior to following any suggestions outlined in this article or adopting any treatment protocol based on the contents of this article.
« لمپی اسکن ڈیزیز کیا ہے اور اس سے کون متاثر ہو سکتا ہے؟
Imli Benefits: 10 Surprising Health Benefits of Tamarind »
Book Appointment with the best "General Physicians"

Shortage Of Panadol In Pakistan: 8 Alternative Medicines You…