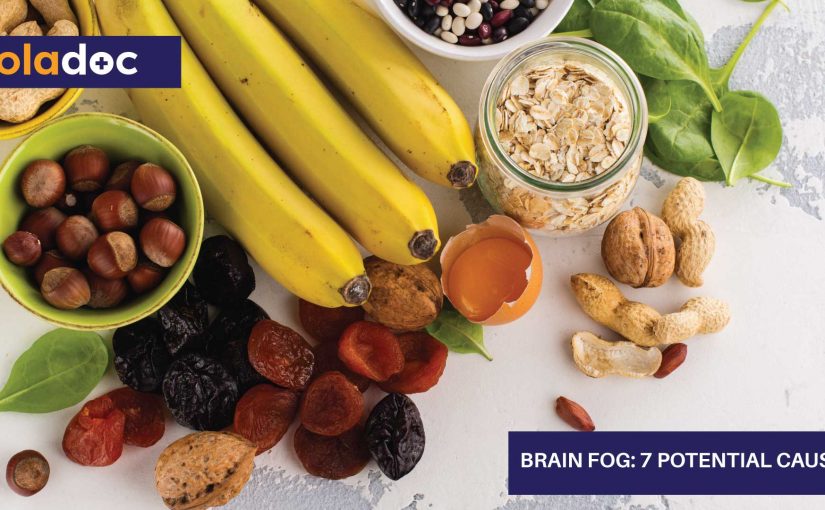 According to neurologists, occasional forgetfulness is normal and common. However, for some people, these episodes of memory issues and confusion become a regular, near-permanent occurrence.

Medically termed as brain fog, it is a form of cognitive dysfunction that is defined by mental fatigue alongside memory, focus, and concentration issues. However, brain fog is not a disorder in itself, but a symptom of another underlying condition.

Brain fog can cause problems with:

Moreover, the physical manifestations of brain fog include:

Reduced estrogen and testosterone production in middle-aged women and men, respectively, directly impacts cortisol, or stress hormone production. As a result of this cortisol imbalance, the function of the neurotransmitters and phospholipids responsible for regulating blood circulation, metabolism is affected, and the phospholipids start degrading. This eventually impacts the brain’s information processing ability, resulting in a brain fog.

Another factor is ‘Leaky Brain Syndrome’, which occurs when the body’s healthy inflammatory system malfunctions and causes excess, prolonged inflammation. This causes the Blood-Brain Barrier that protect the brain from free radicals to weaken and inflame the brain’s hypothalamus, resulting in hormonal dysfunction and brain fog.

Chronic stress not only elevates cortisol levels, but also causes hypertension and weakens the immune system, all of which trigger depression and mental fatigue. This directly impacts your ability to think, reason, and focus.

Even 1 night of 5 or less than 5 hours of sleep can drastically increase cortisol production. When continued for the long-term, this sleep deprivation also results in a perpetual state of mental haziness, cloudy thoughts, and poor concentration.

Conversely, a brain fog can also be triggered by consuming certain foods that can cause inflammation, Examples include peanuts, dairy, aspartame in artificial sweeteners, and MSG.

Along with the inevitable rise in estrogen and progesterone during pregnancy, chemicals released to nourish and protect the baby may also result in short-term memory issues. However, they generally resolve once the balance is restored after birth.

Chemo- or radiotherapy for cancer treatment can sometimes result in ‘chemo brain’; a condition that causes temporary memory issues and slow thinking. However, they generally improve after treatment concludes.

Other medications that may induce brain fog in some people include antihistamines, painkillers, some antibiotics, and hypertensive, anti-anxiety, and sleep medications.

Regularly checking your mobile phone and social media accounts in between other tasks can cause unnecessary distractions. This gradually reduces your ability to focus, eventually leading to decreased concentration and brain fog.

Certain medical conditions that result in inflammation in different parts of the body, persistent physical and mental fatigue, or blood sugar imbalances can also manifest as fogged thinking and memory.  Some of them include:

If allowed to continue, brain fog can even evolve into Alzheimer’s or dementia. So consult with your doctor if you experience a sudden onset of one or more of the above described cognitive issues, and/or suffer from any of the above conditions for a proper diagnosis and prompt treatment.

You can also book an appointment with a top Neurologist in Multan, Karachi and Islamabad through oladoc.com, or call our helpline at 042-3890-0939 for assistance to find the RIGHT Doctor for your neural concerns.

Dr. Zahid Rustam - Author Dr. Zahid Rustam is among the Best Rehab Medicines in Islamabad. Dr. Zahid Rustam completed his MBBS from Army Medical College and pursued his further education in the UK and USA. Recently, Dr. Zahid has Earned qualification of FIPP WIP USA which is the only recognised Post graduation degree in Interventional pain practice. He is one of only 6 physician in pakistan to earn this Degree.
« Why More People in Pakistan Are Becoming Obese
How Belly Fat Is Linked to Diabetes? »
Book Appointment with the best "Neurologists"