Home » Respiratory Health » Lung Cancer: Everything You Need To Know

Lung Cancer: Everything You Need To Know 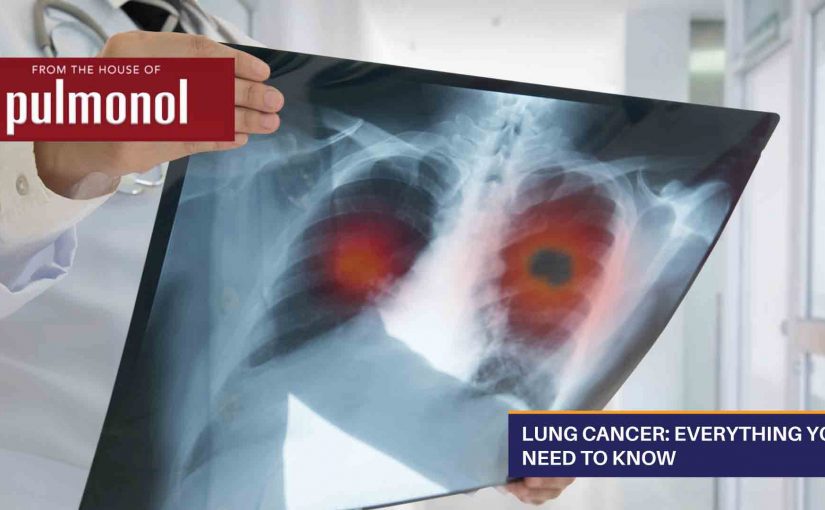 Despite advancements in medical science, cancer remains one of deadliest diseases in the world. Today, many different kinds of cancers exit. However, lung cancer is currently the most dangerous cancer in the world.

Lung cancer is believed to be the deadliest cancer in the world as the rate associated with it is pretty high. According to research, the five-year survival rate for all patients with lung cancer is merely 17 percent. This is because more than two-thirds of all lung cancer patients are diagnosed at a late stage when tumors have spread to multiple sites in the body.

The stages of cancer tell doctors the extent to which the cancer has metastasized. The chance of successful treatment is much higher when lung cancer, like any other form of cancer, lung cancer is diagnosed and treated in the early stages. However, as this deadly disease does not show visible symptoms in the earlier stages, diagnosis is often hard and comes after the spread of the illness.

Small-cell lung cancer (SCLC) has two main stages. In the limited stage, cancer is found in only one lung or nearby lymph nodes on the same side of the chest.

In the extensive stage however, the cancer has spread throughout one lung, to the opposite lung, to lymph nodes on the opposite side, to fluid around the lung, to bone marrow, and to distant organs

According to research, at the time of diagnosis, 2 out of 3 people with SCLC are already in the extensive stage.

One of the reasons for the late detection of this type of cancer is that lung cancer typically does not show signs and symptoms in its earliest stages. They usually occur when the disease has reached advanced stages.

However, some of the most common symptoms of lung cancer include the following:

Some of the most common causes of this dangerous for of cancer include the following:

Tobacco smoking remains the leading cause of lung cancer throughout the world, with 90 percent of cases resulting due to smoking. Cigarette smoke starts damaging the lung tissue from the moment one inhales smoke into the lungs. The lungs have the ability to repair the damage. However, continual exposure to smoke makes it increasingly difficult for the lungs to keep up the repair. In addition to cigarettes, cigar and pipe smoking are also linked to lung cancer. The more you smoke and the longer you smoke, the bigger your chance of developing the most dangerous cancer in the world.

Tobacco products contain more than 7,000 chemicals, and at least 70 are known to cause cancer. When a person inhales tobacco smoke, this mixture of chemicals is delivered directly to their lungs, where it immediately starts causing damage.

Once cells are damaged, they begin to behave abnormally, increasing the likelihood of developing lung cancer. Small-cell lung cancer is almost always associated with heavy smoking. When a person stops smoking, they lower the risk of lung cancer over time.

Former smokers are still at risk of developing lung cancer, but quitting can lower that risk considerably. Within 10 years of quitting, the risk of dying from lung cancer drops by half.

Another cause of the most dangerous cancer in the world is exposure to a substance called radon. A naturally existing radioactive gas, radon, enters buildings through small cracks in the foundation. Inhaling this gas increases the risk of lung cancer

Other hazardous substances such as arsenic, cadmium, chromium, nickel, uranium, as well as some petroleum products may also increase the risk of getting lung cancer.

If lung cancer exists in the family, the chances of getting it increase. Moreover, inherited genetic mutations may also increase the likelihood of developing lung cancer, especially if the person smokes or is exposed to other carcinogens (cancer causing substances). 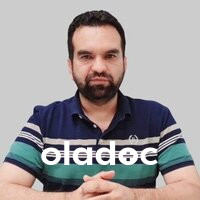 Dr Masood Alam - Author Dr. Masood Alam is a Pulmonologist practicing in Multan. Dr. Masood Alam has the following degrees: M.B.B.S., M.C.P.S, F.C.P.S.(Pulmanology) and has 10 years of experience. You can book an appointment with Dr. Masood Alam by calling us or using the 'book appointment' button. He loves to write on healthcare to raise awareness about general healthcare issues in Pakistan and advise patients on healthy living.
Dermatologist in Different Areas Of Lahore
« Keeping Your Lungs Healthy In The Summer: A Complete Guide
Tuberculosis: Pakistan’s Hidden Pandemic »

Asthma And Exercise: Everything You Need To Know