This Common Nutrient Deficiency May Increase Your Risk For Dementia 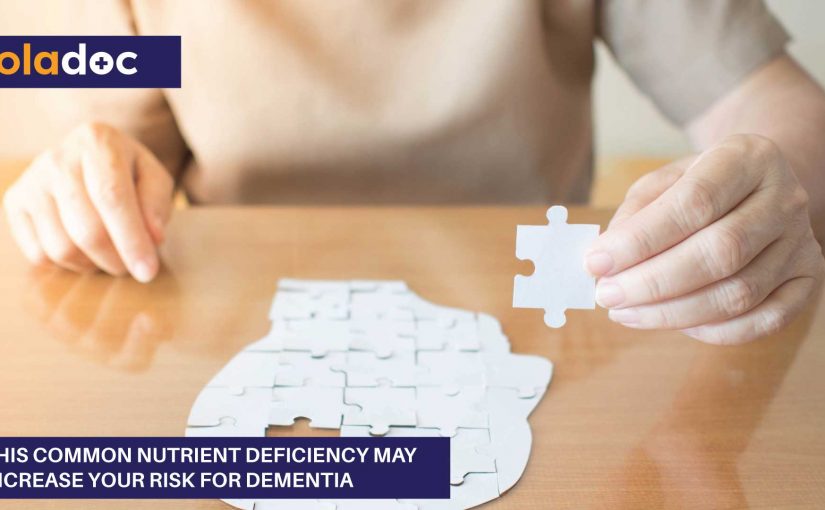 Dementia is a group of symptoms affecting cognition, social abilities, and memory. These symptoms can be severe enough to affect activities of daily living and even cause psychological changes. Memory loss is a major symptom of dementia and has many causes both reversible and irreversible. Of all the diseases associated with dementia, Alzheimer’s disease is the most common one in older adults.

More than 50 conditions can cause or mimic dementia. Therefore, pinning down a single cause or factor of dementia is difficult for neurologists. Certain types of dementia get better with treatment and can be completely reversible. Others, like Alzheimer’s and neurodegenerative disorders, only worsen with time. Therefore, it is important to get a checkup as soon as symptoms of dementia start appearing in someone.

Many signs and symptoms are associated with dementia. The common ones include:

Mostly, dementia becomes noticeable with memory loss, usually by the spouse or caretaker of the patient. Sometimes, instead of noticeable memory loss, there is difficulty in communicating and finding words; there can also be difficulty in reasoning, solving problems or handling complex tasks. A patient can also be confused, disoriented and unable to plan and organize.

Apart from a decline in mental functioning, there can also be noticeable personality changes in the patient. The patient can also be depressed, anxious and agitated. They may exhibit inappropriate behavior, and face constant paranoia. Moreover, hallucinations and delusions can also be accompanying symptoms. Most of these symptoms take months or years to develop.

The reason why identifying the underlying cause of dementia is important is to prevent reversible dementia from progressing into irreversible form.

New research has shown increased risk factors for Alzheimer’s, including being overweight, inadequate sleep and even not spending enough time with friends.

Moreover, various nutritional deficiencies are also associated with a higher risk of dementia, for instance, a diet lacking in certain antioxidants, and omega-3-fatty acids like DHA. On the other hand, a diet higher in sugar and trans-fats can wreak havoc on the brain.

Recent research which involved over 12000 people over a period of 12 years has put forth convincing data showing a significant correlation between low haemoglobin levels and the risk of developing dementia. Researchers found that people with the lowest levels of haemoglobin were 36 percent more at risk of Alzheimer’s and 29 percent more at risk of developing dementia.

Haemoglobin is a pigment in the red blood cells responsible for carrying oxygen throughout the body. In anaemia, there is a decreased haemoglobin level in the blood.

As a result, less oxygen is delivered to the bodily tissues, which primes them for serious problems down the road. With regards to brain health, less oxygen means that the brain cannot function optimally and cannot carry out the normal metabolic processes. Even exceptionally high haemoglobin levels, as seen in polycythemia, can cause a higher risk of dementia, as well as increased risk of heart disease.

There are many causes of anaemia, however, iron deficiency anaemia is the most common cause of low haemoglobin, especially in women. It is seen when there are inadequate stores of iron in the body: either due to low absorption of iron or due to blood loss.

Women in the reproductive age group are especially susceptible to iron deficiency anaemia due to menstrual blood loss—with about 29 percent of non-pregnant women suffering from iron deficiency. In this type of anaemia, the body produces red blood cells that are smaller than normal, a condition known as microcytosis.

There are other causes of anaemia as well that can cause dementia. One of these is pernicious anaemia, which occurs due to vitamin b12 deficiency. As opposed to iron deficiency anaemia, the size of the red blood cells in pernicious anaemia is large, known as macrocytosis. In older individuals, the presenting symptoms of this anaemia are confusion, apathy, irritability and dementia.

B12 deficiency mostly occurs when the body is unable to absorb this nutrient from the diet. It will thus cause, fatigue, shortness of breath, trouble keeping balance, numbness, tingling in hands and feet and headache. When diagnosed, this deficiency can be easily remedied by supplementing with B12 injections.

Another vitamin deficiency is associated with a higher risk of cognitive impairment: vitamin A deficiency. Studies suggest that vitamin A helps to protect the neuronal health and neurobiological functions indirectly through the glucocorticoid pathway. Moreover, vitamin A contributes to healthy memory processes, and prevent age-related cognitive decline.

How to combat dementia:

keeping the mind active with stimulating exercises like reading, writing, solving puzzles, and memory training can all help to delay the onset of dementia.

Alcohol and cigarette smoke both have detrimental effects on mental health.

Physical fitness is crucial for mental and physical health. Aim for 150 minutes of exercise per week.

Nutritional deficiencies that are associated with dementia should be addressed to decrease the risk of disease as they come under preventable causes of dementia. Early detection and treatment can thus prove beneficial for the patient in the long run.

If you need more help in exploring treatment options for yourself, and knowing your risk of developing the disease, then seek professional help.

Book an appointment with a top neurologist in Karachi, Multan and Rawalpindi through oladoc.com, or call our helpline at 042-3890-0939 for assistance to find the RIGHT professional for your concerns. 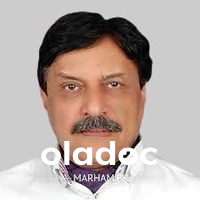