5 Best Doctors for Hysterectomy in Gujranwala 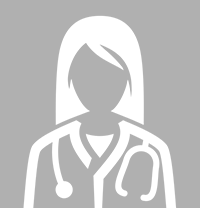 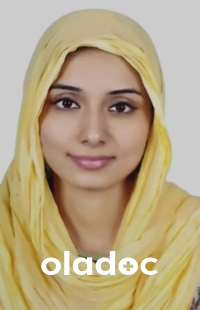 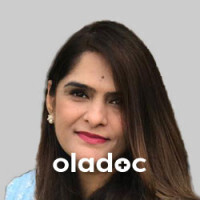 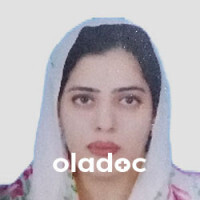 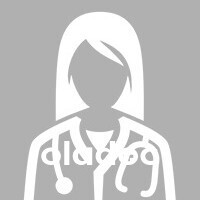 A hysterectomy is the surgical removal of the uterus and in certain cases also the cervix. The uterus plays a pivotal role in reproduction as it moderates menstruation and also houses the fetus. Therefore, women who get a hysterectomy do not get periods and cannot get pregnant.

When should you get a Hysterectomy?

The following are signs that you may need to get a hysterectomy:

No surgery is easy on the body, hysterectomy is no exception. Hysterectomy complications include:

Blood can also pool beneath the stitches, in a condition known as hematoma. Blood clots can also be formed, leading to secondary complications like pulmonary embolism, that can be fatal in severe cases as well.

Vaginal prolapse can also occur on account of the surgery. In this condition, part of the vagina ends up coming out of the body. Some patients also suffer from chronic pain due to the surgery.

There is also the danger of damage to the bowels and bladder due to hysterectomy. Common complaints include urinary incontinence, a state in which patients have reduced or no bladder control.

In rare cases, patients can also suffer from a vaginal fistula, a state in which a hole is formed between the vaginal and rectal wall.

Some women also have feelings of grief and loss, especially those who wished to get pregnant but cannot due to the operation.

Uterus removal side effects also include changed sex life. Due to the hormonal changes and the toll on the body on account of the surgery, some women suffer from decreased sexual desire as well.

What are the alternatives to hysterectomy?

It is very important to weigh hysterectomy risks and benefits before opting for the procedure. Other than inability to have children, hysterectomy also has impact on your sex life and self-image.

Some doctors are also less hesitant to perform the procedure and consider it only as the last resort as Hysterectomy surgery comes with its own plethora of problems. Medicine, waiting it out, exercise, hormone therapy, and other less intense surgical procedures like myomectomy are some of the alternatives to hysterectomy.

What are different types of hysterectomy?

What are the different surgical techniques for hysterectomy?

Surgical approaches to hysterectomy are contingent upon patient condition, any possible complication and surgeon experience. Surgical techniques utilized are:

What is the recovery time for Hysterectomy?

Being a major operation, naturally hysterectomy recovery is also significant. A patient has to stay in the hospital for around 2-5 days in the hospital during which their vitals are kept track of to avoid any complications.

Patients have to take it easy on themselves, but that does not mean they have to be sedentary. Walking for a few is imperative to prevent the formation of clots.

In case of vaginal hysterectomy, the patient's vagina is bandaged and gauzed to control the bleeding. Even though gauze gets removed after a few days, the bleeding can continue for at least 10 days. It is recommended for the patients to wear sanitary pads during this time.

After coming home, patients should still take it easy. They should continue with walking, but rigorous exercise is still off-limits. Also, refrain from standing a point too long, soon after the surgery. You will get better over time, so be patient.

Avoid activities like driving for at least 2 weeks after the surgery. Make lifestyle changes that optimize your rest and hence recovery time.

They should also refrain from pushing objects, lifting heavy items and bending. Moreover, patients also are not allowed to have sex, until okayed by the doctor.

Due to the surgery, women might also get constipated. It is important to drink plenty of fluids and eat a diet rich in fiber. You can also ask your doctor about taking stool softeners.

Also, be diligent about taking your medication. Some patients are prescribed antibiotics, and it is vital to complete the course. Patients should expect full recovery in 3-4 weeks, ideally.

What kind of doctors perform Hysterectomy?

An OB-GYN (obstetrician and gynecologist) generally performs hysterectomy, but choosing the correct doctor is also contingent on the type of the surgery being performed.

Not every OB-GYN is well-versed in the latest hysterectomy techniques that are not only less invasive, but also offer better patient prognosis.

Therefore, be sure to visit the best OB-GYN with sufficient surgical experience. You can book an appointment with the best 0B-GYN in Pakistan easily through Oladoc. Not only are the listings comprehensive, but pertinent information like experience, reviews, the consultation fee is also available for the doctor profiles.

What is the Hysterectomy Cost in Pakistan?

The Cost of the procedure is contingent on various factors like the type of surgery being performed, the type of hysterectomy, patient stay at the hospital etc. On average, hysterectomy cost can be somewhere from Rs.61000 to Rs.36600.

Who is the best doctor for Hysterectomy in Gujranwala?

5 best doctors for Hysterectomy in Gujranwala are:

How can I book an appointment with a doctor performing Hysterectomy in Gujranwala?

Click here to book an appointment with top doctors performing Hysterectomy in Gujranwala. Or, you can also call at 0415068104 from 9AM to 11PM to book your appointment.

What is the fee range of the best doctors performing Hysterectomy in Gujranwala?

The fee for top doctors performing treatment of Hysterectomy in Gujranwala ranges from Rs. 500 to 1,200. You can pay at reception when you visit the doctor.

Are there any additional charges to book an appointment with doctors performing Hysterectomy in Gujranwala through oladoc?

Doctors in areas near you

Detect
×
Please wait…
We use necessary cookies to make our site work for you. By using our site, you acknowledge that you have understood our Cookie Policy OK
Filter & Sort
What is oladoc GOLD?GOLD
Doctors with GOLD provide these additional benefits.
They accept online payment
They accept promos and discounts
They accept insurance