Sex is a basic human need and still it is a taboo topic in many cultures. The reluctance to discuss sex and sexual health openly often gives space to myths to go around as facts. The idea of going to sexologists, counselors or psychologists is still alien to large part of the population.

The propagation of wrong information regarding sexual health is dangerous as it can stop people from getting treatment when needed. It can also lead people to be careless with protection and catch STDs.

As the modern age is progressing, a lot of stigma attached with discussing sexual problems has faded. Female sexuality however, still remains an ignored subject matter.

The ignorance of such an important aspect of women’s health has led to disastrous sexual health statistics for women. According to a WHO report, around 290 million in the world have HPV virus and over 900 000 pregnant women got infected with syphilis in 2012.

Awareness is the key to avoid complications when it comes to sexual health. Here are five most common sexual problems that women face.

The most common problem that women face is a lack of desire for sex. A diminished libido can be due to multiple mental and physical issues. South Asian society has a very conservative view of sex. Girls normally grow up in households which convey negative messages about sex. A lack of emotional sync with the partner can also lead to a decreased desire.

Experts at oladoc say that an abnormally diminished libido should not be ignored as it can be a symptom of other health conditions. Health issues such as diabetes and hormonal imbalances can decrease sex drive. Women approaching menopause can also experience a lower sex drive. It is thus important to consult a gynecologist and sexologist if the problem persists for a long period of time.

One aspect of lack of arousal is absence of natural lubrication while having sex. This can be dealt with by using water based lubricants. Sometimes lack of estrogen can also cause dryness of vagina. Hormone replacement therapy can help restore natural lubrication and arousal in such cases.

Anorgasmia refers to inability to orgasm. This condition can be present in both genders but it is mostly common in women. According to a study published in CLINICS, many factors are the cause of anorgasmia in women. These factors include religious and folk taboos, psychological disorders and the level of education.

This condition causes the vagina to tighten during sex because of spasm in pelvic muscles. It is a serious condition and can make intercourse impossible in extreme cases. It can be caused by yeast infections or past trauma due to abuse and assault. It is mandatory to seek professional help right away if you are suffering from this condition.

Experience of pain during or after intercourse is called dyspareunia. This condition is very common but is usually underreported. Women generally feel shame discussing such topics and thus remain untreated for years.

Endometriosis, urinary tract infections and vaginismus can all cause dyspareunia. A physical exam by a doctor can really clear out the root cause which in most cases is easily treatable.

If you or your partner is facing sexual problems, you should visit a sexologist as soon as possible. You can read up on different conditions related to sexual health at oladoc.com.

You can also book appointments at our website with top sexologists in Islamabad, Karachi and Lahore or call our helpline at 042-3890-0939 to get directed to the specialists that can cater to your specific concerns. 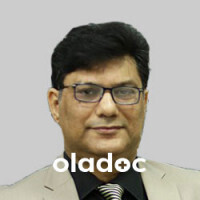 Laser Surgery In Gynecology: Q And A With Dr.…

Pcos Treatment: Q And A With Dr. Rubina Zaib