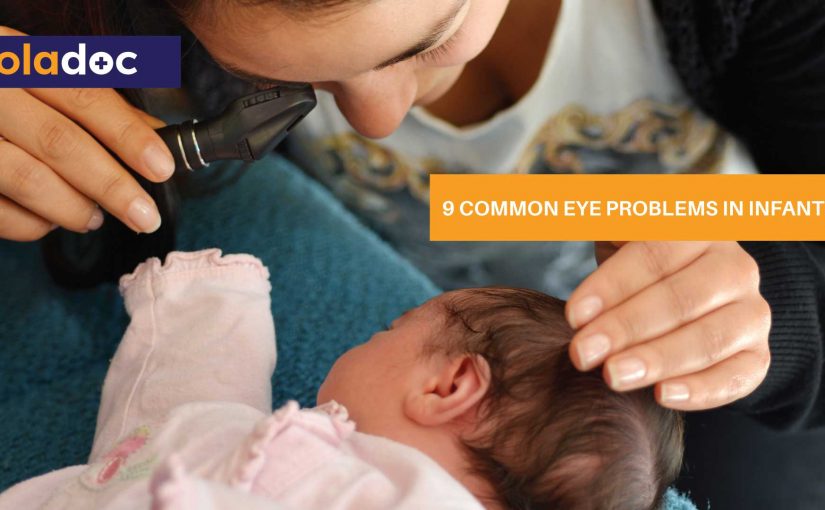 While all newborns are very nearsighted in the first 3 months; only being able to focus on something at a maximum distance of 10 inches from their faces, their vision improves over time, which is why a congenital or acquired eye condition can be difficult to detect in infants. However, certain characteristic symptoms can aid in the identification and timely treatment of the following common eye problems:

Since the eyes develop mostly during the last 3 months of pregnancy, premature babies have a higher chance of vision problems and eye defects, one of which is ROP. Common in babies born at 31 weeks or earlier, underdeveloped and abnormal blood vessels formed in the retina (a layer of tissue behind the eyeball) can swell and leak blood, hence detaching the retina and causing visual problems such as crossed eyes, near-and farsightedness, glaucoma, and blindness, if left undetected.

Characterized by a watery appearance and crusting around the eyes, this defect is commonly the result of a partial or complete blockage of the eyes’ drainage system, with the tears often overflowing onto the cheeks.

While it normally resolves on its own within one year after birth, periodically applying a warm compress to the inner corner of the eye and massaging it gently can often help clear the baby’s vision. Epiphora can also be a side effect of the rare Pediatric Glaucoma.

Known also as Neurological Visual Impairment or Cortical Blindness, the eyes may appear normal in this condition. But, due to a defect in the part of the brain that recognizes visual aids caused by congenital brain defects and injury, a baby cannot see clearly.

CVI accounts for 21% of visual impairment cases in children, and manifests differently in different children. With no known cure or treatment, early detection can help in optimizing and retaining a child’s remaining vision.

The eyes are constantly or sporadically misaligned, i.e. they may either be turned outward (exotropia), upward (hypertropia), inward (esotropia), or downward (hypotropia). Common in infants, it can also occur during childhood and adulthood, often resulting in double vision (seeing 1 object in 2 places at the same time).

Strabismus is treatable via prescription eyeglasses, Eye-patching therapy, and surgery-varying from case to case. However, a delay in treatment may cause permanent blindness.

These vision problems occur when the eye-shape does not properly bend light required to form an image, resulting in blurred vision. Myopia (nearsightedness), Hyperopia (farsightedness) and Astigmatism (distorted or blurred images of objects both near and far)-which can also occur alongside either myopia or hyperopia-are common refractive errors in children. While easily correctable with eyeglasses, prolonged cases may result in misalignment of the eyes.

More common in adults, frequent blinking and tearing, light sensitivity, red eyes, or a cloudy cornea (the front part of the eye) in an infant could be an indication of this rare eye condition. Glaucoma is caused by a high pressure buildup within the eye, which damages the optic nerve and results in permanent loss of vision.

A muscular weakness in the upper eyelid can cause it to droop, or not open entirely. This reduces the amount of light passing into the retina, obstructing vision and forcing a child to raise their head slightly in order to see better. Ptosis can result in Astigmatism and, if left untreated, might even cause blindness.

Previously known to appear in adults over 50, cloudy or white spots over the lens of an eye can obstruct vision and eventually lead to permanent loss of vision if not treated in time. Cataracts may either cover a small area of the lens or a large section of it, and can be treated using eyeglasses, bifocal or contact lenses, or eye-patching therapy, depending upon the age of the baby.

This disease can either be an allergic reaction by the body (which is not contagious), or a bacterial or viral infection (both of which are highly contagious). In this, the eyes turn start exhibiting a red or pink hue which is a result of the swelling of the conjunctiva; conjunctiva is the thin tissue that lines the inner part of the eyelids and the sclera (white part of the eye).

Other common symptoms include tearing up of the eyes along with itchiness and discomfort. A viral instance of Conjunctivitis might result in a painful throat, runny nose, and high temperature.

If it’s a contagious infection, the kid should stay at home in order to prevent further infections. Contagious Conjunctivitis usually goes away in a week maximum.

Babies’ eyes are particularly prone to problems, and should be examined regularly. If you observe any of the above-mentioned eye problems in your infant, call your doctor. You can also book an appointment with a top Ophthalmologist in Karachi, Lahore and Islamabad through oladoc.com. Or call our helpline at 042-3890-0939 for assistance to find the RIGHT Doctor for your baby’s ocular needs. 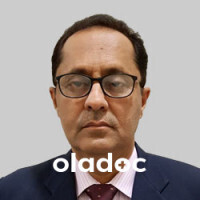 Dr. Noor A. Sheikh - Author Dr. Noor A. Shaikh is a leading ENT specialist and surgeon based in Karachi. He has deep expertise in treatment of conditions like headache, head & neck surgeries, thyroid problems, and ear cleaning. You can seek appointment with him through oladoc.
« A Definitive Guide To Vaginal Bumps And Lumps
8 Natural Ways To Treat Cough And Sore Throat »
Book Appointment with the best "Eye Specialists"