Home » Brain and Spine » Birds of a Feather: Differentiating Between MS and Als

Birds of a Feather: Differentiating Between MS and Als 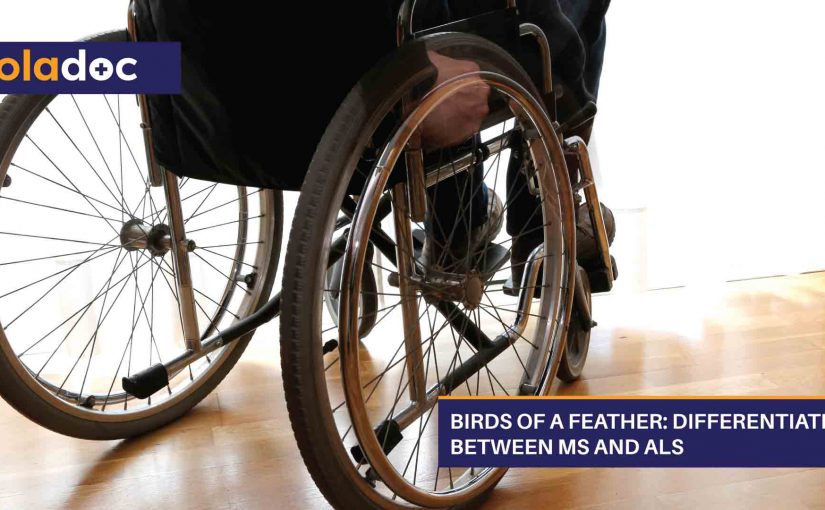 Multiple Sclerosis (MS) and Amyotrophic Lateral Sclerosis (ALS) are both neurodegenerative conditions with similar goals: to affect and damage the brain, spinal cord, nerves, and muscles, which is why they are so commonly mistaken for one another. Consult a neurologist for an effective Multiple Sclerosis amangement plan.

However, these conditions that appear so similar on the surface are actually two vastly different entities, with their most distinctive deviations being:

While both conditions cause the scarring and hardening of nerve cells (sclerosis),

Despite garnering more public attention through awareness campaigns like the Ice Bucket Challenge, MS is diagnosed in more people worldwide than ALS.

Although incurable, recent medical advances have helped increase the life expectancy and improve life quality by slowing down disease progression. If you or someone you love suffers from either one of the conditions, consult with your doctor to co-develop a comprehensive treatment plan. You can also book an appointment with a top Neurologist in Lahore, Karachi and Islamabad through oladoc.com, or call our helpline at 042-3890-0939 for assistance to find the RIGHT Doctor for your neural concerns.

Dr. Zahid Rustam - Author Dr. Zahid Rustam is among the Best Rehab Medicines in Islamabad. Dr. Zahid Rustam completed his MBBS from Army Medical College and pursued his further education in the UK and USA. Recently, Dr. Zahid has Earned qualification of FIPP WIP USA which is the only recognised Post graduation degree in Interventional pain practice. He is one of only 6 physician in pakistan to earn this Degree.
« Can You Ever Come off Anti-Depressants?
A Step-by-Step Guide to Self-Treating Phobias »
Book Appointment with the best "Neurologists"