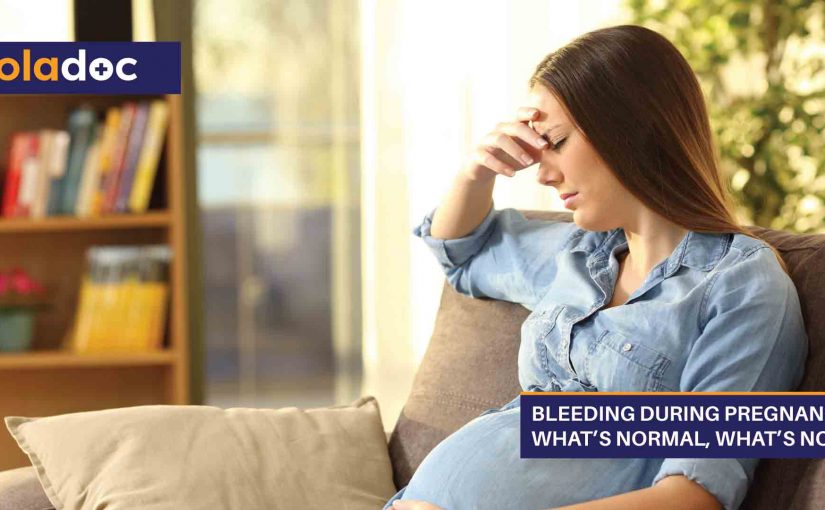 You may experience light bleeding around the time of your period had you not been pregnant. This is due to a delayed response by the menstrual cycle-controlling hormones, which results in one-time or multiple light, monthly in bleeds in some women.

Occurring about 6-12 days to 4 weeks into pregnancy, implantation bleeding occurs while the fertilized egg attaches to the uterine wall for further development. The bleeding can last between a few hours to few days. You might actually mistake it for a light period instead of a pregnancy.

Implantation blood is usually light pink to dark brown, does not drip into the toilet, and is light enough to not require a sanitary pad or tampon.

The cervix is a rigid structure that stretches from the uterus to the vagina and regulates sperm entry via a small hole. During pregnancy, the cervix enlarges and softens due to increased blood flow and forms a mucus plug that blocks the opening until delivery.

Any vigorous contact with the now-sensitive cervix, like intercourse or a mandatory 6-12-week internal exam, can trigger light bleeding that usually clears up within 24 hours.

Yeast infections are highly common during pregnancy, and can trigger spotting by inflaming and irritating vaginal tissue. A bacterial infection or STI may also cause bleeding. In such cases, treating the underlying cause can halt the bleeding.

You will only experience this phenomenon if you have had an IVF (In-Vitro Fertilization) to help you become pregnant. In such cases, two embryos (eggs) may be put into the womb, although only one goes on to develop, while the other is passed out through the vagina; hence the bleeding.

Bleeding may sometimes occur around the placenta (the organ connecting the baby to the uterine wall), resulting in spotting or light-moderate vaginal bleeding. A sub chorionic hemorrhage increases the risk for preterm labor.

However, most cases resolve easily with prompt treatment and you can continue with a normal pregnancy.

Early miscarriages occur as a result of improper development of the baby, resulting in bleeding that steadily becomes heavier. Bleeding due to miscarriage is also accompanied by mild-severe lower back pain, abdominal cramps or contractions, a sudden decrease in pregnancy symptoms, white-pink mucus, and vaginal tissue with a clot-like discharge.

However, it is unclear why a miscarriage occurs, and is never your fault.  Also, many women often dismiss an early miscarriage as a particularly heavy period while a pregnancy is yet undiscovered.

In such cases, the egg implants somewhere other than the uterus, usually the fallopian tubes, causing them to rupture and result in internal bleeding. This is a possibly life-threatening complication that requires immediate removal of the falsely-implanted egg.

Symptoms usually start early, and vaginal bleeding (dark, watery, and continuous) is often the only sign. Other symptoms include weakness, dizziness, or fainting due to blood loss.

While extremely rare, a molar pregnancy occurs when the egg does not develop properly, and cells from the placenta start growing and multiplying within the uterus in its place. It may also be identified by the absence of a heartbeat, a rapidly growing uterus, unusually high hCG blood levels, and grape-like clusters in the uterus during an ultrasound.

If you experience light spotting, wear a pad for 1-2 days to help you record the blood type, amount, and duration for accurate diagnosis. Also, bring any tissue that passes through your vagina for testing. Refrain from sexual intercourse and using tampons while you’re still bleeding.

While most cases of vaginal bleeding or spotting during pregnancy are normal and temporary, always contact your doctor immediately if you experience any bleeding.

If nothing else, it will provide you with peace of mind, which is necessary for a healthy pregnancy. You can also book an appointment with a top Gynecologist in Lahore, Karachi and Islamabad through oladoc.com, or call our helpline at 042-3890-0939 for assistance to find the RIGHT Doctor for your gestational concerns. 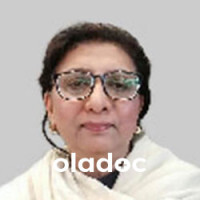 Dr. Tahira Batool Chaudhry - Author Dr. Tahira Batool is a leading Gynaecologist in Pakistan. She graduated from Fatima Jinnah Medical College Lahore and went onto complete her MCPS in 1983. Dr. Batool later on completed MRCOG from The Royal College of Obstetricians & Gynecologists, United Kingdom in 1992. She also completed FRCOG in 2004 from the United Kingdom. At present, she is one of the leading consultants at Australian Concept Infertility Medical Centre. She is also Head of Department Gynae at KRL General Hospital Islamabad.
« Anxiety May Lead to Alzheimer’s, Research Says
Is It Bipolar Disorder or ADHD? »
Book Appointment with the best "Gynecologists"