Home » Respiratory Health » How Air Pollution Has Increased The Incidence Of Respiratory Illnesses In Pakistan?

How Air Pollution Has Increased The Incidence Of Respiratory Illnesses In Pakistan? 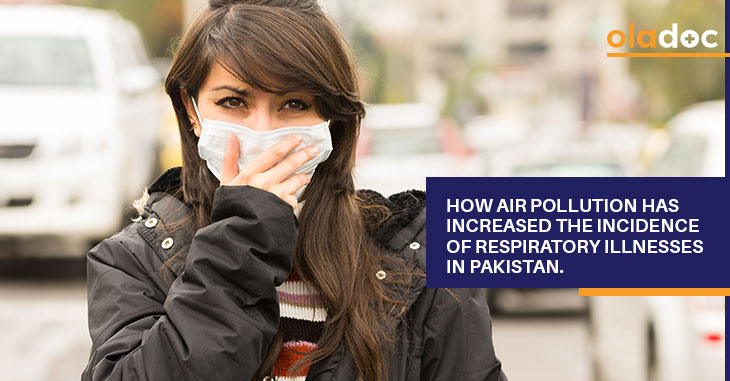 According to the World Health Organization (WHO), about 92 percent of people do not have access to quality outdoor air.

A combination of growing urbanization, rural transformation and rapid industrial activity has made Pakistan’s air pollution, one of the worst cases in Asia. Major cities like Lahore are seeing a rapid rise in air pollution and poor Air Quality Index (AQI). Previously, Lahore was number 9 on the list of poor AQI cities but has long since surpassed other cities to become the second-worst air quality city in the world, bested on by Kabul.

Deaths in Pakistan due to environmental factors have risen exponentially. The rate is now 200 death per 100,000 people. According to The World Bank, Pakistan’s annual burden of disease due to air pollution is over 22000 premature adult deaths.

Moreover, the incidence of respiratory illnesses has increased alarmingly due to the amount of smog in the air. Doctors at the local hospitals advise people to put masks on their face to avoid the direct inhalation of air, and to avoid exercising in the open. The WHO has declared air pollution to be the New Tobacco. As such, extensive measures should be taken to combat the fall in air quality and rising air pollution.

How does air quality affect health?

Air pollution and the particles contained in the air, when inhaled, lead to local and systemic inflammatory changes. These particles settle in the lungs and wreak havoc. For people who are already suffering from lung disorders like COPD, and asthma, there is worsening of symptoms and more frequent need for hospitalization. On average, the current level of air pollution reduces life expectancy by 20 months.

Pakistan is amongst the countries with the highest mortality burden due to air pollution, as our people have been exposed to a pollution cocktail since 1990. These include both the household air pollution (due to use of wood-burning stoves etc) as well as outdoor air pollution due to rapid urbanization.

Measures of the government:

In a developing country like ours, where there are so many other issues to tackle, the presence of air pollution and the measures against it have taken a back seat. Even though environmental experts are urging the government to take immediate measures, little has been planned on the part of the government to improve air quality.

Lung diseases are becoming more prevalent with the rising air pollution and air irritants that we inhale on an everyday basis. It is incumbent on us to learn about these irritants and protect our lungs in all ways possible.

Book an appointment with a top pulmonologist in Lahore, Karachi and Islamabad through oladoc.com, or call our helpline at 042-3890-0939 for assistance to find the RIGHT professional for your concerns. 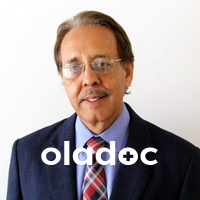 Karachi Gas Leak: What We Know So Far and…

Dyspnea Treatment: Q and A with Dr. Shoaib Alam

Who are the 10 Best Pulmonologists in Islamabad?