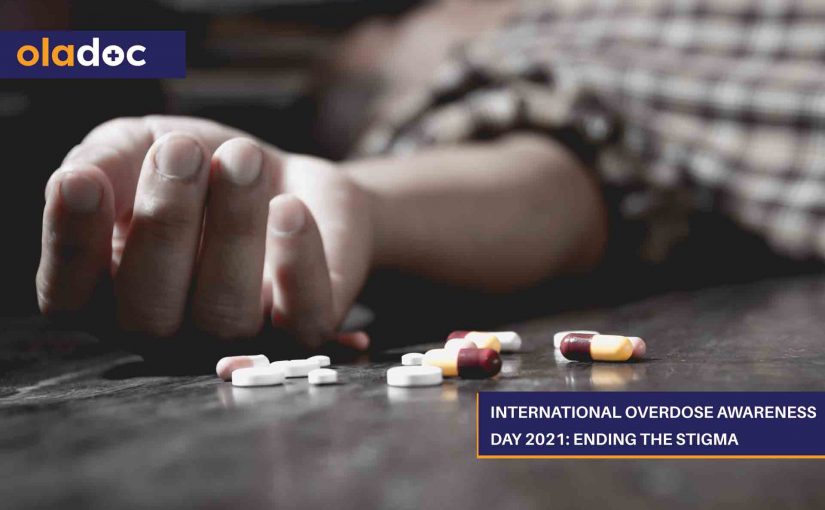 International Overdose Awareness Day is an event held on 31st August every year worldwide. It is intended to spread awareness regarding overdose and reduce the stigma of deaths caused due to overdose.

This day also serves the purpose of remembering those who have lost their lives because of overdose. It is also a friendly reminder to us to refrain from drug abuse and self-medication which often lead to an overdose.

What is an Overdose?

Overdose (OD) or Drug Overdose is the above medically recommended consumption of medicines, alcohol, or any other legal or illegal substance. It can be accidental or intentional and can lead to serious medical complications or even death.

The type of drug, amount ingested and the medical history of the person who overdosed determines its severity.

What Are the Types of an Overdose?

Overdose can be broadly categorized into two main types which are:

According to the National Cancer Institute, an opioid is defined as “a substance used to treat moderate to severe pain.” Opioids are a class of drugs used for the management of pain and their compounds are extracted from the poppy seed of the opium poppy plant. Common types of opioids include:

An opioid overdoes can be identified with the following 3 signs:

According to the World Health Organization, the death toll attributed to opioid overdose was nearly 115,000 in 2017. Self-medication is becoming increasingly prevalent nowadays. Due to this reason, the worldwide cases of opioid overdose are increasing.

To prevent an adverse reaction to medication like an overdose, it is important to always consult with a doctor or a medical expert before taking any medication.

Recreational drug overdose is caused by substances that are taken for the sake of pleasure and enjoyment rather than medical reasons. Their prolonged use is not recommended and may lead to addiction, severe health problems, substance use disorder (SUD), or overdose which may lead to death.

Drug abuse is common among the younger population especially teenagers. Teens may want to experiment with an illicit substance to get high or maybe be pressurized o do so by their friends.

Some signs and symptoms of recreational drug users are:

If someone you know is showing these symptoms, you should reach out to them and offer your help before it’s too late.

Given below are some facts related to overdose:

Drug overdose in Pakistan is a growing concern. The Anti-Narcotics Force which is a federal executive bureau of the Pakistani government is playing its role in reducing drug addiction in Pakistan by abolishing the smuggling of drugs and controlling their illicit use in the country.

Drug addiction in Pakistan is on the rise. Here are some facts you need to know:

What Are the Most Commonly Used Drugs in Pakistan?

According to research published in the WHO, Eastern Mediterranean Health Journal titled “Profile of drug users in Karachi city, Pakistan” the following are the most commonly used drugs in Pakistan:

What Are the Causes of Drug Addiction in Pakistan?

The research also brought to light certain psychological factors leading to drug addiction in Pakistan. They are:

What Are the Symptoms of an Overdose?

Following are the common symptoms of a drug overdose. They can vary depending on the type of substance or drug a person took

How to Respond to an Overdose?

If someone near you is experiencing an overdose here’s how you should respond:

Disclaimer: The contents of this article are intended to raise awareness about common health issues and should not be viewed as sound medical advice for your specific condition. You should always consult with a licensed medical practitioner prior to following any suggestions outlined in this article or adopting any treatment protocol based on the contents of this article.
« ہئیر ٹرانسپلانٹ میں استعمل ہونے والی جدید تکنیکیوں کی مدد سے گنج پن سے مکمل چھٹکارا پائیں
COVID Vaccine: Is It Safe for Pregnant & Breastfeeding Mothers? »
Book Appointment with the best "Psychiatrists"