Home » Cancer Care » How Do You Know You Have Colon Cancer?

How Do You Know You Have Colon Cancer? 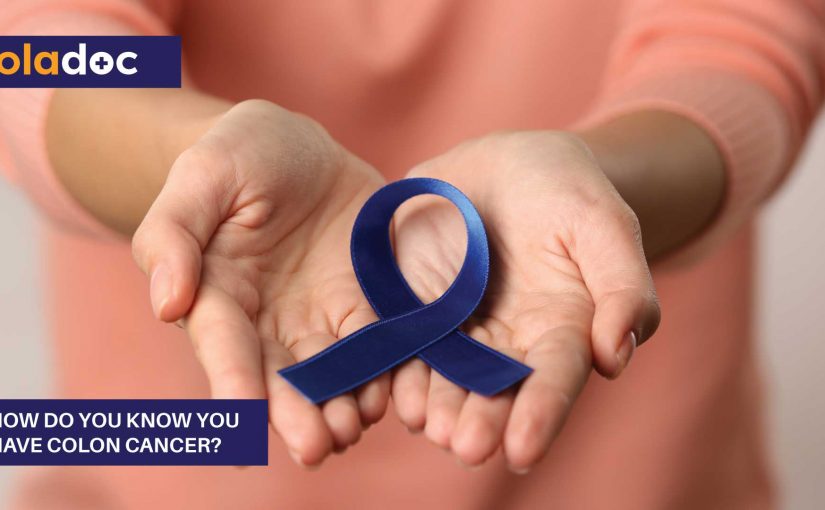 Colon cancer is cancer of the large intestine-the last part of the digestive system. While previously affecting people over 50, instances of colon cancer in individuals under 30 have increased rapidly since 2012, making it one of the top 5 cancers with the highest mortality rates in Pakistan.

How Does It Form?

According to the oncologists, tumors, in most cases, begin as multiple benign (noncancerous) adenomatous polyps, or clumps of cells in the colon, some of which develop into cancerous tumors in time. The early benign nature and small sizes of these polyps are the reason why colon cancer reveals any symptoms until later stages.

While symptoms are barely significant and similar to irritable bowel syndrome, which is why it often goes fatally misdiagnosed, following are some telltale signs of colon cancer:

Although small amounts or specks of blood are usually indicative of Crohn’s disease or hemorrhoids and ulcers in the digestive tract, large quantities of maroon or black-tinged blood in the stool might be a sign of tumor-caused bleeding in the colon, and is the most common symptom of colon cancer. Additionally, high blood iron levels often give the stool a red or black appearance, creating the illusion of blood in stool.

Tumors at the end of the rectum (the last part of the colon that ends at the anus) can block the pathway of the hardened faeces, resulting in constipation that lasts for days. While common constipation, a result of unusually hard faeces due to its slow movement down the colon, usually frees up in a few days, difficulty in stool-passing for more than 3 weeks could indicate colon cancer. Prolonged diarrhea could also be a sign of colon cancer.

The presence of a tumor in the colon can force faeces to sometimes adopt a narrow, ribbon-like shape to move past it, which is how it looks when it comes out. While it could be due to other medical reasons, regular appearance of such stool for more than a few days might require a specialist consultation.

In this condition, low levels of blood iron reduce and eventually stop the production of red blood cells, which transport oxygen throughout the body, resulting in constant fatigue and sluggishness that doesn’t go away even after proper rest. In the case of colon cancer, this iron deficiency can be attributed to blood and iron-loss in the stool. While iron deficiencies are common in women during their period, low iron levels in men require urgent examination.

If you’re not on your period and you don’t have gas either, those sudden sharp pains in the abdomen, along with bloating and cramps, might indicate a case of colon cancer, and warrant an immediate consultation with a specialist. This symptom usually appears in the later stages of colon cancer.

Sudden weight reduction without any change in your diet or exercise routine accompanied by abdominal pain and prolonged diarrhea could suggest the presence of a tumor. While unexplained weight loss is commonly associated with hyperthyroidism, possibilities of colon cancer should also not be ruled out.

It could be a response to unpleasant tastes and smells, or you could have a common virus. But periodic vomiting along with constipation or diarrhea and pain could also be due to colon cancer. Cancer-caused vomiting is due to a tumor blocking the bowel, which makes passing faces, urine and even gas, difficult and leads to nausea and vomiting due to cramps or constipation.

The most common treatments for colon cancer include chemotherapy, surgery and radiation therapy. The type of treatment that is used depends entirely on the type and stage of colon cancer that the patient has been diagnosed with so it is best to consult your doctor before pursuing any of these options. Surgery is generally the option doctors opt for if the cancer is still in early stages as it is the fastest of the three. If the cancer spreads however then chemotherapy or radiation therapy have to be employed.

If you observe any of the above symptoms, report to a doctor immediately; since early detection can make all the difference between a complete cure and mere treatment. Book an Appointment with a top Oncologist in Lahore, Karachi and Islamabad through oladoc.com. Or call our helpline at 042-3890-0939 for assistance to find the RIGHT Doctor for your cancer-related issues. 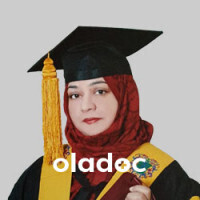 Dr Qurat ul ainn hashmi - Author """Dr. M. Safdar Iqbal Hashmi is a Eye Specialist practicing in Multan. Dr. M. Safdar Iqbal Hashmi has the following degrees: M.B.B.S, F.C.P.S, M.C.P.S, D.O.M.S (Gold Medalist) and has 30 years of experience. Dr. Safdar is a dedicated eye specialist practicing in the city of Multan. His vast experience in this field places him amongst some of the best in the city. He believes in delivering adequate treatment for any eye conditions patients might have.
« When Tears Don’t Flow: How To Deal With Dry Eye Syndrome
Hair Care: Natural And Thrifty Solutions For Luscious Locks »
Book Appointment with the best "Oncologists"