Home » Brain and Spine » Migraines Unmasked: The Stages and Triggers

Migraines Unmasked: The Stages and Triggers 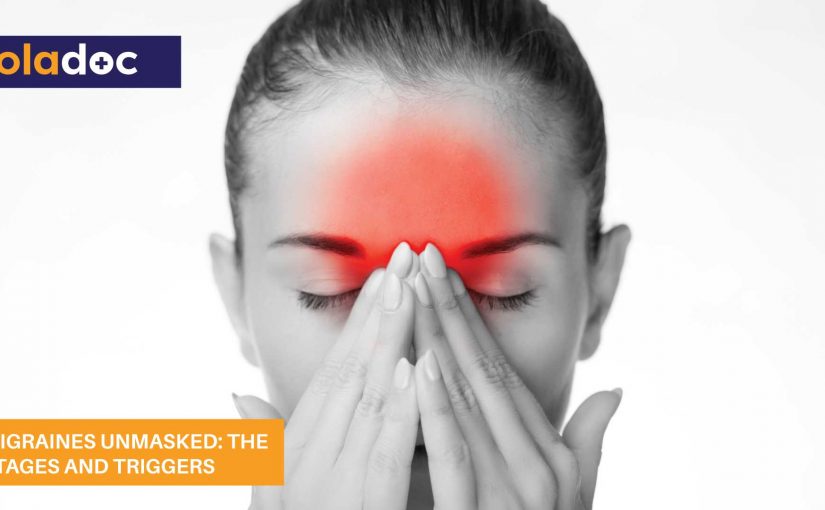 Where headaches are unregulated, can affect any section of the head, and range in severity at every occasion, migraines are limited to only one or both sides of the head as severe throbbing or pulsating sensations alongside other symptoms, such as nausea and vomiting in recognizable patterns, span anywhere between a few hours to days, and affect individuals between 15-55, or younger, in some cases.

There are stages of Migraines which can be identified using the ‘5, 4, 3, 2, 1 rule’ presented by The International Headache Society, i.e. ‘5’ or more attacks lasting between ‘4’ hours to ‘3’ days; fulfilling at least ‘2’ primary conditions: pulsating, moderate to severe pain, on one side of the head, increased pain with normal physical activity, and ‘1’ complementary symptom: nausea, vomiting, photosensitivity, or phono (sound) sensitivity.

Migraine attacks are divided in 5 distinct stages. However, most people might not experience all 5 stages with every attack, or at all.

Lasting between 5-60 minutes before or during an attack, it primarily consists of recurrent visual disturbances like flashes or bright spots of light, or a wavy vision, with numbness or weakness in one side of the face or body, movement difficulties, and the feeling of being touched, as less common migraine indicators. However, some might not experience auras at all.

In some people, changes in the cortex area of the brain cause changes in their sight, such as dark spots, coloured spots, sparkles or ‘stars’, and zigzag lines. Numbness or tingling, weakness, and dizziness or vertigo (the feeling of everything spinning) can also happen. Speech and hearing can also be disturbed, and people with migraine have reported memory changes, feelings of fear and confusion, and more rarely, partial paralysis or fainting. These neurological symptoms are called the ‘aura’ of migraine. In adults, they usually happen before the headache itself, but in children, they may happen at the same time as the headache. It is possible to have the aura symptoms without the headache.

In addition to throbbing pain on one or both sides of the head, nausea, vomiting, and sensitivity to light and/or sound, a migraine attack, lasting between 4-72 hours, might also consist of blurred vision, lightheadedness, and fainting, in some cases. Attacks can occur multiple times a month or be spaced between months.

The onset of this phase varies between individuals. While a migraine attack may stop abruptly after sleeping for a few hours, crying, mood changes, and sickness, it may fade away slowly in some individuals instead.

Characterized by mirrored symptoms to the prodrome stage, such as elation and loss of appetite after prodrome depression and cravings, along with confusion, moodiness, dizziness, and weakness, this phase lasts for 24 hours post-resolution.

The exact cause of migraine headaches is somewhat unknown to doctors. They are a symptom of a condition known as the migraine and appear to be related to changes in the brain. Migraine headaches seem to be hereditary to some extent and can be passed down through genes which run in the family. The triggers which give a person a migraine headache can also be passed down. These triggers can include things such as fatigue, bright lights and weather changes among others.

This hereditary property has led scientists to now believe that migraine headaches happen because of flaws in the brain which are passed down from your parents rather than the previous hypothesis of changes in blood flow in the brain.

Numerous factors can trigger migraines, with the most common ones being:

If you experience any symptoms of a migraine, consult with your doctor for an accurate diagnosis and suitable treatment options. You can also book an appointment with a top Neurologist in Karachi, Multan and Islamabad through oladoc.com, or call our helpline at 042-3890-0939 for assistance to find the RIGHT Doctor for your neural concerns. 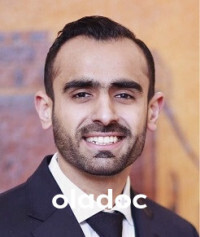 Khawaja Sheheryar - Author Dr. Khawaja Shehryar Nasir is one of the leading pain management specialists in the country. He is currently practicing in Shaukat Khanum Memorial Cancer Hospital and Research Center as an Orofacial Pain Medicine Consultant.
« Migraines: Prevention and Treatment
Ocular Migraines – Not Just the Head »
Book Appointment with the best "Neurologists"