Home » Trending » What is Aphasia? The Medical Condition Bruce Willis Was Diagnosed With

What is Aphasia? The Medical Condition Bruce Willis Was Diagnosed With 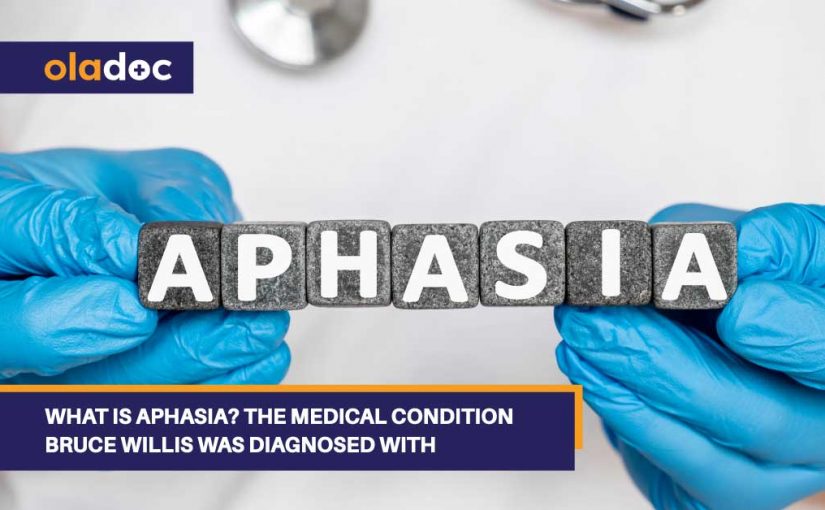 Bruce Willis is retiring from an illustrious career as an actor after being diagnosed with aphasia. The condition hinders a person’s oral and written communication abilities.

The Die Hard star became famous after being part of several successful films portraying critically acclaimed roles. He is a fan favorite and a big name in the Hollywood industry. It’s unfortunate that he has been forced to step away from something which he has been a part of for so long at 67 years of age.

According to John Hopkins Medicine, aphasia is a language disorder. It is characterized by an inability to communicate appropriately with other people. Aphasia can occur as a result of a stroke, head injury, or brain damage. It happens when the part of the brain that controls language and comprehension is affected.

The announcement came on Instagram as Bruce Willis’s family stated in a post that the TV star has been facing health issues recently and his aphasia diagnosis means that he will step away from his acting career as his cognitive abilities have been affected.

Understandably, both Bruce’s fans and critics were left shocked and sad to hear this news that would mean an abrupt end to a long-standing and renowned acting career.

Some common types of Aphasia are:

Aphasia symptoms depend on the type of aphasia a person has:

Can Aphasia Be Cured?

Some people may recover from aphasia on their own after some time without treatment. However, in most people some form of treatment is necessary. Treatment usually involves speech and language therapy that can improve the speaking and comprehension abilities of the person affected.

Even after treatment, some form of aphasia may linger on and the person may face problems in communicating effectively. Hence affected people require the help and moral support of their families and loved ones to aid their communication.

Communication in such people should be encouraged by repeating words if needed, using gestures, or writing down words. You shouldn’t ignore or isolate them but make them a part of your conversations.

If you’re suffering from aphasia, remember that treatment options are available. You can consult with an expert Speech and Language Pathologist using oladoc and get help regarding various language disorders and related medical conditions.

Disclaimer: The contents of this article are intended to raise awareness about common health issues and should not be viewed as sound medical advice for your specific condition. You should always consult with a licensed medical practitioner prior to following any suggestions outlined in this article or adopting any treatment protocol based on the contents of this article.
« روزہ رکھنا صحت کے لیے انتہائی مفید ہے۔ جانیے کیوں؟
رمضان المبارک میں سحری کے وقت کیا کھانا اور پینا چاہیے؟ »
Book Appointment with the best "General Physicians"