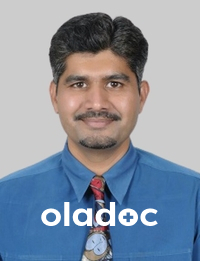 Dr. Khurrum Arif has over 17 years of experience in his field.

He is trained in Pakistan and done his Fellowship in Pediatric Surgery. He has M.S in Pediatric Surgery from QPGMC and remained Senior Registrar in The Children's hospital PIMS from 2012 to 2016 when he became Faculty member as Assistant Professor of SZABMU, Capital's first and only Public Sector Medical University. He has worked in Country's biggest and most busy Hospital PIMS for last 17 years. He has half dozen Medical Publications in National and international Medical journals. Dr. Khurrum Arif does all Corrective Surgery of Comhenital Abnormalities including Esophageal Atresia, Duodenal Atresia, Pyloric stenosis, Small bowel Atresia, Anotectal Malformations, Hirshsprung disease, Achlasia cardia, Diaphragmatic hernia, Umbilical and Inguinal hernia, Undescended testis, Hypospadias, Female and Male Genitoplasty, Polydactyly and Syndactyly,Talipes Equinovarus, Cleft lip and palate, Torticollis, Bat ears, Thyroglossal and branchial cyst, Solid and cystic abdominal and genital tumours, Meningomyloceles. After his Postgraduation in Pakistan, Dr. Khurrum Arif was invited by China's Most Prestigious and first Army Medical University in Guangzhou for Professional Training in Children 's Laparoscopy and other Minimally Invasive Techniques which he successfully done in 2012 then He was trained in Perinatal and Fetal Surgery in Nanfang hospital in Southern Medical University in 2016. Afterwards, he is serving his Nation in best of his services as Assistant Professor as well as teaching and training of Young students in the field of Pediatric Surgery academics as well as clinical skills.

What is the fee of Dr. Khurrum Arif & how do I pay?

What is the experience of Dr. Khurrum Arif?

What is the feedback of Dr. Khurrum Arif?

100% users had a positive experience with Dr. Khurrum Arif.

What is the education of Dr. Khurrum Arif?

Where does Dr. Khurrum Arif practice & what are the timings?

Practice location/s and timing for Dr. Khurrum Arif are: