The 7 Triggers Of Sinus Problems 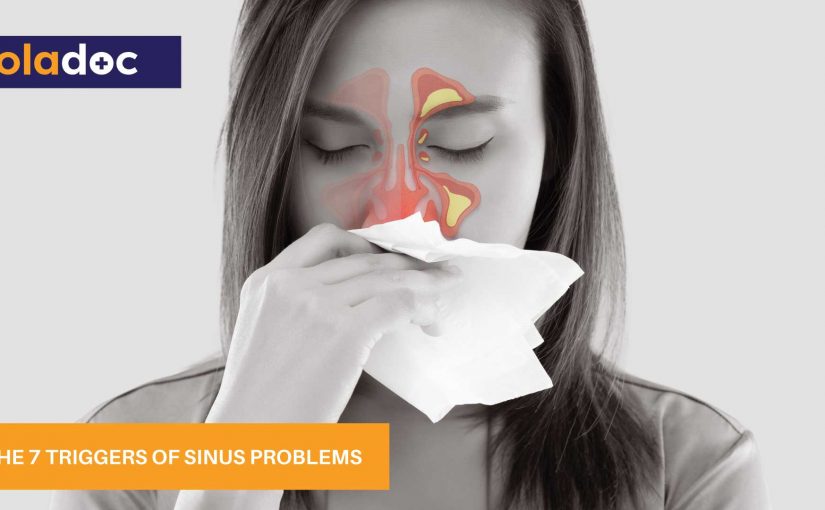 The sinuses are eight small, air-filled cavities present in the nose, and are responsible for voice and tone-depth, as well as regulating breathing and draining mucus from the nose. However, when allergies or other environmental factors cause the nasal (nose) tissues to swell, visit to your doctor for these sinuses fill with fluid instead of air and get blocked, resulting in a condition known as ‘Sinusitis’.

Depending upon the healing time and recurrence rate, sinus infections are divided into the following types:

The four main symptoms of sinusitis are:

Along with nasal inflammation, at least two of the above symptoms must be present to qualify for a sinusitis diagnosis; with the secondary symptoms of the condition being:

While a common cold (caused by a virus that blocks the sinuses by forcing the nasal tissues to swell) is often the precursor of a sinus infection, various other factors can also result in sinusitis:

Pollen, dust, mold, pet fur, perfumes, and other allergens (substances that trigger allergic reactions) can irritate the nose and cause nasal inflammation; effectively blocking the sinuses and causing infections. Therefore, it is highly recommended for people with certain allergies to avoid such substances, and treat the infections as they normally would; with nasal sprays and antihistamines (anti-allergy medication). Moreover, cigarette smoke damages the nasal passage, making smokers more prone to blockages and sinus infections.

Viral and allergic sinus infections are often prolonged and worsened by dormant bacteria already present in the body, particularly Streptococcus pneumonia (that often causes pneumonia) and Hemophiliacs influenza (responsible for a wide range of bacterial infections). While bacterial sinusitis can be treated using antibiotics, the condition can be prevented by regularly taking decongestants during a cold.

People with long-term allergies can develop small, benign growths on nasal and sinus tissues that block the sinuses and airway passages, resulting in sinusitis and breathing difficulties, and consequentially, severe headaches. While minor infections can be treated with prescription-grade nasal or oral steroids, the polyps might have to be surgically removed in serious cases.

Using nasal decongestants for an extended period of time (over 4-5 days) can not only constrict blood vessels in the nose; causing breathing difficulties, but can also worsen symptoms, reduce their effectiveness and result in re-swelling of the nose; a condition known as ‘Rebound Nasal Congestion’.

While allergic reactions to fungus can result in sinusitis, the damp and dark environment of the sinuses is ideal for fungal growth, particularly Aspergillus, which is a well-known cause of infection in people with weakened immune systems. Fungal sinus infections are characterized by a fever, headaches and vision problems lasting more than 10 days and can be treated via anti-fungal therapy, scraping the infected sinus, or surgical removal of the fungus.

High levels of chlorine in swimming pools can aggravate the sinuses and result in sinus infections. Moreover, the flooding of sinuses due to increased water-pressure while diving or reduced air pressure in an aeroplane during take-off and landing can also irritate the sinuses, particularly in those already suffering from a nasal condition.

People with an extra sinus and a septum (a thin wall of bone and cartilage between the two nasal cavities) that deviates to one side, as opposed to its normal central position; making one nasal passage smaller than the other, are more prone to sinus infections. The deviation can be genetic or the result of an injury and is commonly fixed via surgery.

While most cases of sinusitis can be avoided by drinking plenty of water, avoiding caffeine and using saline sprays, an infection that lasts longer than 12-13 weeks requires immediate medical attention as it can also cause serious medical complications.

Here at oladoc, you can find best Ophthalmologist in Lahore, Karachi, and Islamabad and book confirmed appointments. Moreover, you can also call our helpline at 042-3890-0939 and seek an appointment with an eye specialist near you. 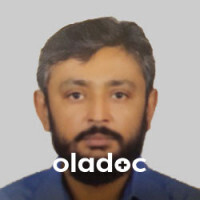 Dr. Zafar Mahmood - Author Dr. Zafar Mehmood is a leading ENT specialist in Karachi. He has deep expertise in head and neck surgeries, thyroid treatment, ear cleaning, headache, and others. You can book appointment with him through oladoc
« Lifestyle Changes You Can Make To Prevent Heart Diseases
The Ocular Diet: 8 Foods To Protect Your Sight »
Book Appointment with the best "ENT Specialists"