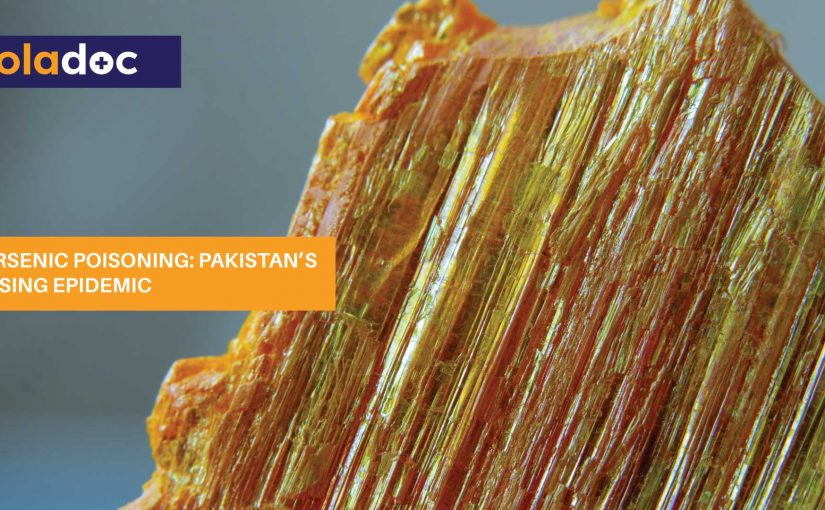 According to the World Health Organization (WHO), the greatest threat to public health due to arsenic stems from contaminated groundwater. Many countries in our region have high levels of arsenic in the ground water—including Bangladesh, India, and China. Moreover, fish, meat and dairy items can also be the dietary source of arsenic, though the exposure in these is generally less than that in groundwater.

The Indus Valley region in Pakistan is particularly susceptible to arsenic poisoning due to contaminated groundwater. There is a risk of about 50 million people and more. According to, Lubna Bukhari, Head of Council for Research in Water Resources, people are aware of this rising arsenic levels in the water, because they extensively draw underground water. The result of this brutal exploitation of groundwater is the increase in arsenic level.

Water wells, when tested in Pakistan, showed the arsenic concentrations to be five times higher than the upper limit of dangerous levels. According to WHO, a concentration of about 10 micrograms is considered dangerous, and in Pakistan, this level is much higher. About 80 per cent of water sources in Pakistan are tainted in some form—with bacteria or pollution and are unsafe for drinking.

Effect of arsenic on health:

Arsenic is a known carcinogen. It has two forms: organic and inorganic, of which the latter is much more toxic. In fact, it is the inorganic arsenic that is found in drinking water in Pakistan. In acute poisoning, symptoms are mostly abdominal such as vomiting, diarrhoea, pain. This is followed by numbness and tingling in limbs, and muscle cramping.

Over time, like five years or so, exposure to arsenic can lead to skin changes, in the form of pigmentation, lesions, hard patches on palms and soles. Developmental effects, pulmonary diseases, cardiovascular diseases are also seen with arsenic poisoning. It can also induce heart attack (arsenic induced-myocardial infarction), which may explain the rising death toll due to MI in the young population.

Adverse pregnancy outcomes and higher infant mortality are also associated with arsenic poisoning. Arsenic can have an impact on both the fetus and the mother, with in-utero exposure to arsenic has consequences as well. There can be a negative impact on intelligence, memory and delayed cognitive development. Arsenic can also lead to cancers such as those of skin, bladder, and lungs.

It must also be remembered that there is no cure for arsenic poisoning.

How to prevent and control arsenic poisoning?

Arsenic poisoning could be prevented and dealt with by the provision of safe and healthy drinking water to the population. High arsenic sources should be substituted with safe sources such as rainwater and treated water. Water in wells should be tested and those wells with low levels of arsenic could be used for purposes such as washing, or bathing. An acceptable arsenic concentration can also be achieved by mixing the high and low level of arsenic water.

Arsenic exposure should not be taken lightly. Get help if you think you are exposed. Book an appointment with a top general physician in Multan, Rawalpindi and Islamabad through oladoc.com, or call our helpline at 042-3890-0939 for assistance to find the RIGHT professional for your concerns. 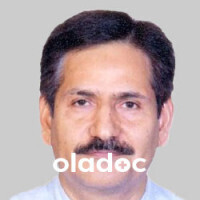