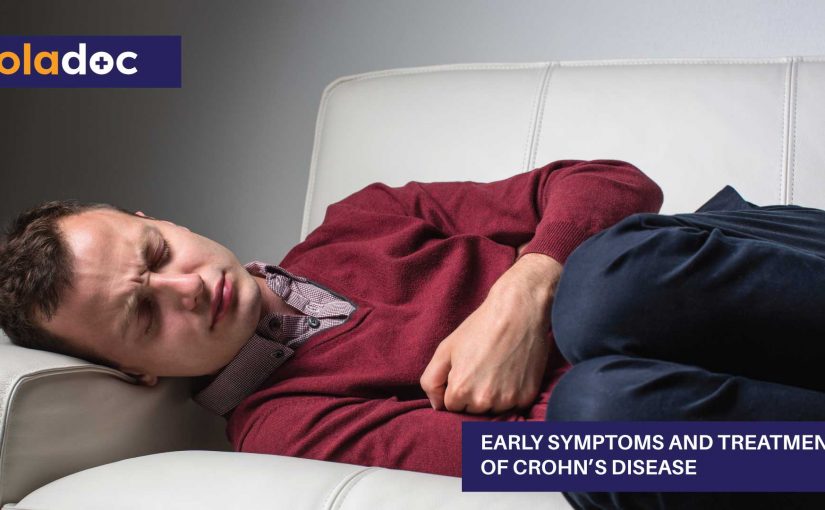 Crohn’s disease is a condition of the digestive system which can induce inflammation in multiple parts of the digestive system. Mostly bowels are affected by the Crohn’s disease. Due to inflammation of the bowels, the patient is unable to function properly because of frequent episodes of diarrhea. The patients also experience severe pain in the abdomen along with loss of appetite. Visit or book a doctor online if you experience the above symptoms.

Since the condition inhibits effective digestion, weight loss is experienced, and this weight loss can result in extreme fatigue. All these issues which are associated with Crohn’s disease make it a very painful condition to have and decrease the quality of life considerably. There is still no specific cure for this disease, but the symptoms can be controlled through some lifestyle changes. It is also important that the condition is identified as early as possible so that the eating habits can be adjusted in time and severity can be avoided.

Crohn’s is a disease that becomes worse with time. The symptoms at each stage are similar but they have different intensities. Although it is a progressive condition, still there are cases where the symptoms appear out of nowhere. Some of the common symptoms are as follows.

As far as the causes of developing Crohn’s go, there has not been any certain answers, but it is speculated to be caused by some bacterial or viral infection. It has also been linked to genes as there is a higher chance of developing the disease if it has been present in an older family member.

There is no specific cure of the disease itself, but the symptoms can be treated to make life easier for the patients. Following are some treatment approaches that can be used for Crohn’s patients.

Medication: There are three types of drugs that are used to cure Crohn’s symptoms. To deal with the inflammation of bowel, anti-inflammatory drugs such as corticosteroids are used. Another group of drugs is used to train and strengthen immune system so that it can attack the infection causing agent from inside. Apart from these pain killers, vitamin and iron supplements are used to relieve pain and fatigue.

Diet plan: Most of the times the doctor might put the patient on a special diet so that the risk of diarrhea is eliminated. In severe cases, a tube may also be used to transfer nutrition through semi-fluids which are much easier to digest than solid food.

Surgery: Sometimes the digestive tract may be damaged to an extent that it cannot be fixed with medication. In such cases, a surgical procedure might be necessary even for temporary relief.

If you are experiencing symptoms of Crohn’s disease, you should visit or book a doctor online as soon as possible. You can visit our website oladoc.com to read up on the symptoms of this condition such as diarrhea and look for specialists in Lahore, Karachi and Islamabad. You can also call our helpline at 042-3890-0939 to get directed to the specialists that are suitable for your specific concerns.

Disclaimer: The contents of this article are intended to raise awareness about common health issues and should not be viewed as sound medical advice for your specific condition. You should always consult with a licensed medical practitioner prior to following any suggestions outlined in this article or adopting any treatment protocol based on the contents of this article.
« Heart Renovation: How to Treat Broken Heart Syndrome?
Maintaining Cholesterol: How to Avoid Diabetic Dyslipidemia? »
Book Appointment with the best "Gastroenterologists"