Everything You Need to Know About Parkinson’s (Part 2) 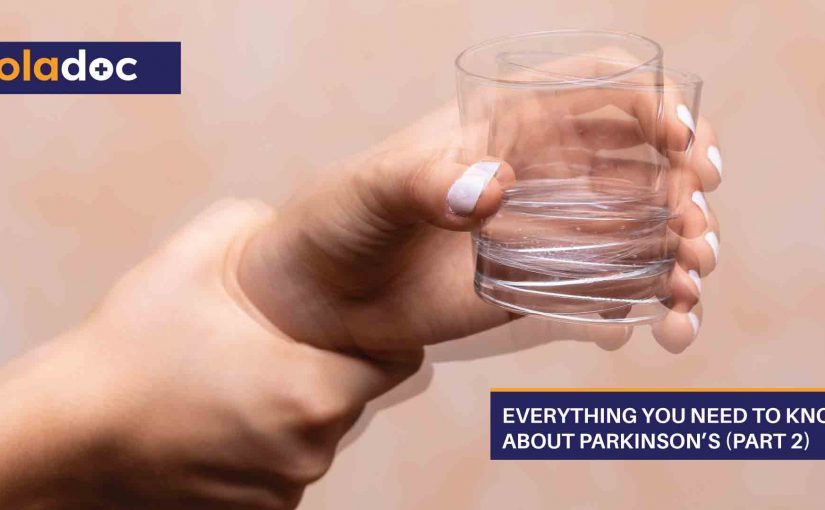 While not directly fatal, the numerous complications caused by Parkinson’s Disease (PD), a neurodegenerative condition caused by dangerously low levels of dopamine in the brain, such as balance issues and depression, can often be a cause of death. However, these complications can mostly be avoided with the right treatment in order to lead a healthy, productive life.

People with advanced-stage Parkinson’s disease and unstable responses to levodopa such as severe bouts of dyskinesia, extreme muscle rigidity and slowed movement may also opt for DBS. It works to control such symptoms via electric pulses sent from a generator to electrodes surgically implanted near the collarbone and in the brain, respectively. However, the procedure presents a risk of infections, stroke, or brain hemorrhage, and is unsuitable for those unresponsive to levodopa.

A Parkinson’s diagnosis does not have to be majorly life-altering. By recognizing the signs early-on, and with the right treatment, a large number of individuals can lead fulfilling lives. If you or a loved one displays symptoms of Parkinson’s, consult with your doctor immediately. You can also book an appointment with a top Neurologist in Islamabad, Lahore and Karachi through oladoc.com, or call our helpline at 042-3890-0939 for assistance to find the RIGHT Doctor for your neural concerns.

Dr. Zahid Rustam - Author "Dr. Zahid Rustam completed his MBBS from Army Medical College and pursued his further education in the UK and USA. Recently Dr. Zahid has Earned qualification of FIPP WIP USA which is the only recognized Post-graduation degree in Interventional pain practice. He is one of only 06 physicians in Pakistan to earn this degree Dr. Zahid Rustam has vast years of experience of in managing patients with diverse illnesses.
« Everything You Need to Know About Parkinson’s (Part 1)
Like a Chameleon: How Your Skin Changes During Pregnancy »
Book Appointment with the best "Neurologists"