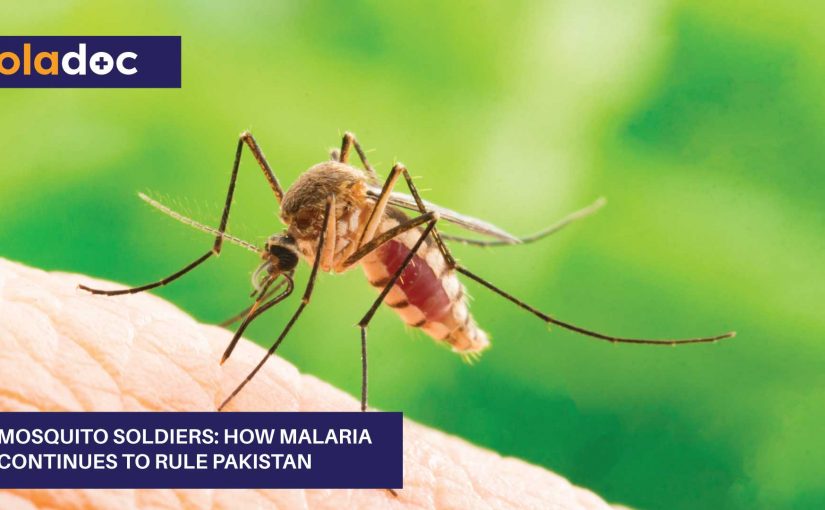 Aptly labeled as the poor man’s disease, Malaria is one of the most easily preventable diseases yet it still remains as Pakistan’s biggest health concern. With approximately 500,000 Pakistanis affected every year, it is one of the four major cause of death in Pakistan. But the shocking facts don’t just stop there; read to find why the situation of malaria in Pakistan is anything but consoling.

Regarded as one of the six priority communicable diseases, Malaria poses threat to millions with one million estimated and 300,000 confirmed cases reported every year. Along with Afghanistan, Somalia, Sudan, Yemen, Pakistan accounts for more than 95% of the malarial burden. Poor nations seem especially vulnerable due to lack of proper health infrastructure and governments’ lack of active and effective initiatives.

3- 80% of cases are reported in FATA and Baluchistan:

According to WHO, the challenges to fight against malaria have especially escalated in areas of FATA and Balochistan where 80% cases of Malaria are reported. Lack of awareness and the movement of the Afghan refugees are cited as the main reasons for the malarial outburst in both regions. In regions where getting access to equal health opportunities is difficult, community participation through a system of strong health awareness programs is what is needed to shift the burden somewhat.

Looks like we need to buckle up and start taking vital steps to remedy the situation of malaria in Pakistan. At both governmental and personal level, small steps such as encouraging the use of insecticides and mosquito nets, urging communities to identify the places where malaria can breed as well as building relationships with clinics could be done to bring down the severity of malaria.

If preventative measures fail, then taking your loved one to the nearest clinic becomes mandatory. You can book an appointment with a top doctor in Lahore, Faisalabad and Islamabad through oladoc.com, or call our helpline at 042-3890-0939 for assistance to find the RIGHT Doctor for any malaria-related concerns.

Disclaimer: The contents of this article are intended to raise awareness about common health issues and should not be viewed as sound medical advice for your specific condition. You should always consult with a licensed medical practitioner prior to following any suggestions outlined in this article or adopting any treatment protocol based on the contents of this article.
« An Introduction to Pinkeye (Conjunctivitis) and Its Treatment
Mandatory Vaccines: Child Vaccination »
Book Appointment with the best "General Physicians"

5 Mistakes To Avoid This Summer To Keep You…