Home » Women's Health » What You Need To Know About Endometrial Cancer

What You Need To Know About Endometrial Cancer 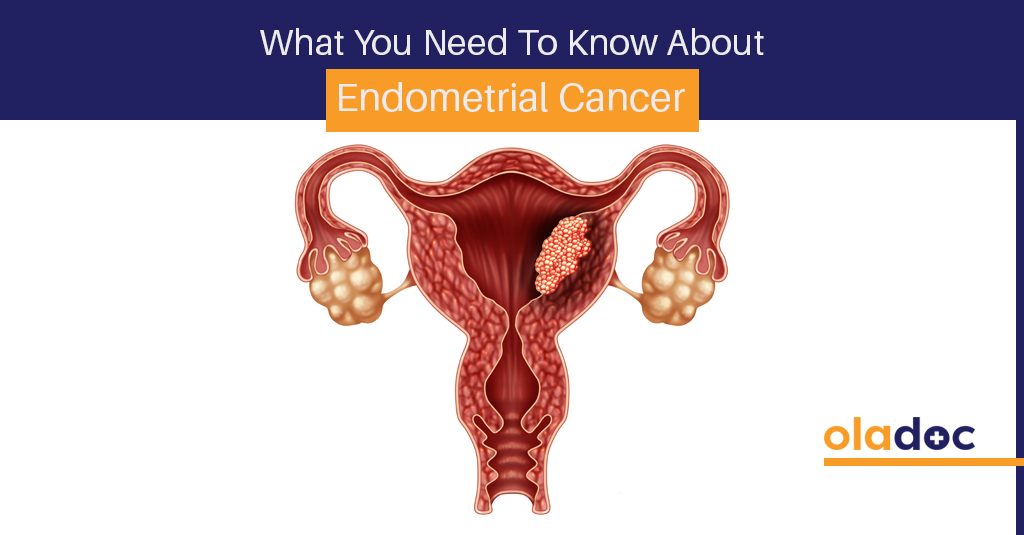 Also known as a cancer of the uterus, it is most common in women between the ages of 45-74, and is one of the few cancers that is often detected in its early stages due to abnormalities in vaginal bleeding, a prime symptom; and can hence, be cured via a hysterectomy (surgical removal of the uterus).

How Does It Begin?

While Uterine Sarcomas (originating in the muscle tissue of the uterus) can also form in the uterus, Endometrial Tumors are more common and begin forming in the lining, or ‘endometrium’ of the uterus. While the exact cause is yet unknown, it has been suggested that that the estrogen and progesterone (the female hormones) receptors present on the surface of cancerous cells interact with these hormones, leading towards endometrial growth that gradually develops into a cancerous tumor.

Although highly associated with endometrial cancer, some women might not experience any of these symptoms:

Vaginal bleeding, discharge, or spotting of any sort is a cause for concern in menopausal women and should be examined immediately. For younger women, spotting or bleeding between periods or having periods that are heavier or last longer than normal could be a sign of endometrial cancer. Similarly, while some vaginal discharge is normal in younger women, abnormal changes in amount or color might warrant a gynecologist visit.

Cancerous tumors can enlarge the uterus, which might result in constant and severe pain and cramping. Moreover, feeling a mass in the lower abdomen, or pain during sex might also be a cause for concern.

Frequent and difficult urination might indicate the presence of endometrial cancer. Similarly, frequent and painful stool passing, along with blood in the stool can also be the result of a cancerous tumor.

An undetected cancerous tumor might induce regular and excessive weight loss without any change in exercise or dietary habits along with any of the above symptoms and might require urgent medical attention.

Apart from vaginal bleeding, all other symptoms, including the three listed below, are often signs of advanced stage cancer:

Note that many women diagnosed with cancer might not display any of the following factors. Likewise, women who possess one or more of these characteristics might never face a positive diagnosis at all.

Diseases such as Polycystic Ovarian Syndrome that increase the amount of estrogen without any changes in progesterone levels, or the presence of a rare, estrogen-secreting ovarian tumor might present an elevated risk of endometrial cancer. Moreover, taking estrogen-enhancing hormones after menopause has been linked to higher chances of this cancer development.

Since a greater number of periods increase the endometrium’s exposure to estrogen, menstruating before 12 or experiencing a delayed menopause elevates the chances of endometrial cancer. However, the risk is significantly lowered if early periods are accompanied by an early menopause and vice versa.

Since progesterone levels increase during pregnancy, women who have never been pregnant have higher quantities of progesterone, and resultantly, a higher chance of cancer development later in life.

While this common drug inhibits breast estrogen production in women undergoing breast cancer treatment, it elevates the estrogen levels in the uterus. However, instances of tamoxifen-induced cancer are less than 1%, so consult with your doctor if you are concerned about endometrial cancer. Moreover, Women who have previously received radiation therapy for cancer in the pelvic region might also be at a higher risk of developing endometrial cancer.

Hereditary Nonpolyposis Colorectal Cancer (HNPCC) is a genetic disorder that increases the risk of colon and endometrial cancer and is passed down from parents to children. People with such a genetic history or diagnosis should consult with their doctors on preventative measures.

To reduce the risk of endometrial cancer, consider taking birth control pills for at least one year, as well as hormone therapy that includes both progesterone and estrogen if you are menopausal. Also, maintain a healthy weight, exercise, and breastfeed as much as possible if you are a new mother, as this decreases estrogen activity, and hence, chances of cancer development.

Most cancers can be entirely cured if detected early. So consult with your doctor immediately if you observe anything out of the ordinary.

At oladoc, you can search and Find a Gynae Cancer Specialist in Lahore, Karachi, and Islamabad. Moreover, you can also call our helpline at 042-3890-0939 and seek the best appointment with the nearest doctor. 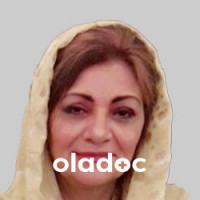 Dr. Samina Anwar - Author "Dr. Samina Anwar is a Gynecologist practicing in Lahore. She helps patients treat medical conditions like sexual dysfunction, PCOS, and pregnancy related disorders.You can book an appointment with Dr. Samina Anwar via oladoc."
Gynecologists in Pakistan
« Understanding Pacemaker: What Is It And Who Can Benefit From It?
An Introduction To Dental X-rays »