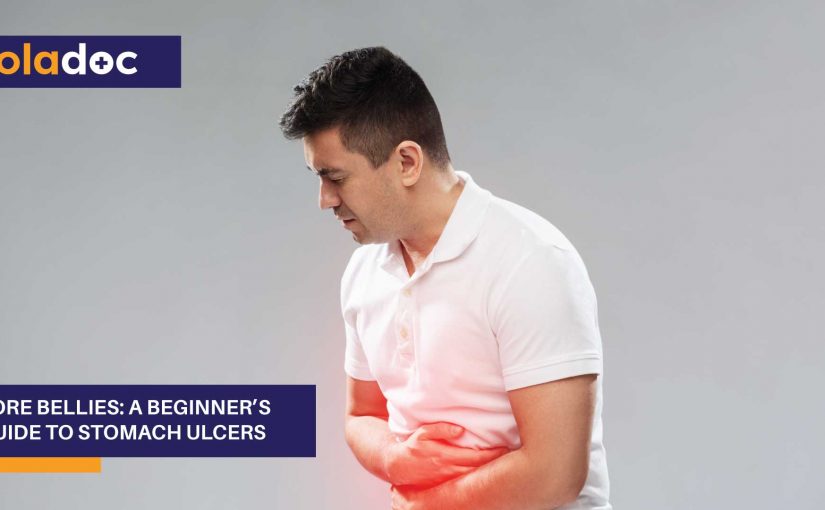 As variants of Peptic Ulcers affecting the stomach and small intestines, stomach, or gastric ulcers are painful sores that form in the stomach’s lining when the protective mucus layer over the lining is reduced, hence directly exposing it to toxic gastric acids (stomach acids that aid in digestion). Below we have discussed what stomach ulcers are, what are there causes, and what is the treatment for stomach ulcers.

According to doctors large majority of stomach ulcers ae due to the following causes:

Although approximately 3 quarters of individuals will experience no symptoms, the most common sign of a gastric ulcer is abdominal pain or a burning sensation between the chest and belly button lasting between a few minutes to several hours, particularly on an empty stomach. Other symptoms include:

Although ulcers are easily cured, lack of proper treatment may lead to the following complications:

Treatment options vary according to the causative factor, and are as follows:

In case of H. pyloric ulcers, a two-week antibiotic course alongside Proton Pump Inhibitors (PPIs) to block further acid production in the stomach is usually prescribed. Other accompanying treatments often include:

You can also try and treat it yourself until you get checked by a doctor. Try consuming honey and foods with glutamine like fish, eggs, chicken, and spinach.

High doses of PPIs may increase the risk of hip, wrist, and spine fractures. However, it can be reduced via calcium supplements prescribed by the doctor. Temporary side-effects of other ulcer medications include nausea, dizziness, headaches, diarrhea, and abdominal pain.

For recurring, bleeding, and/or unresponsive ulcers, and in case of penetration or perforation, surgery may be required, which usually includes either removal of the entire ulcer, patching tissues taken from another part of the small intestine over the ulcer site, cutting off nerve supply to the stomach to reduce acid production, or tying off a bleeding artery. If you do end up having a surgery, make sure it is performed by the best gastroenterologist in Karachi.

Do Spicy Foods Cause Ulcers?

Recent research has proven that neither stress nor spicy food consumption causes ulcers; yet they may aggravate a pre-existing gastric sore and should be avoided during the course of treatment.

One other super food that has proven to be helpful against stomach ulcers is cranberry juice. It has also been used to fight infection in the bladder. This is so because cranberry juice has elements that keep the H. pylori from attaching itself to the stomach just like it prevents harmful bacteria from sticking to the bladder.

While treatment for stomach ulcers is easy once they are spotted, if you experience any symptoms of ulcer complications, particularly weakness, trouble breathing, sudden, sharp abdominal pain that doesn’t go away, or red or black vomit or stool, contact your doctor immediately.

You can also book an appointment with a top Gastroenterologist in Lahore, Karachi and Islamabad through oladoc.com, or call our helpline at 042-3890-0939 for assistance to find the RIGHT Doctor for your gastric concerns. 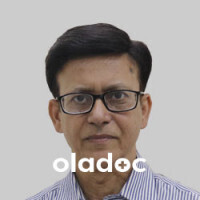