THE IMPACT OF DOMESTIC VIOLENCE ON MENTAL HEALTH 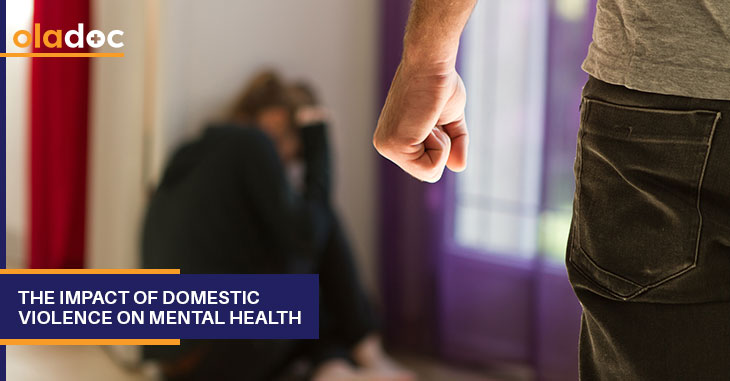 According to psychiatrists, mental health is gravely affected by domestic abuse and violence. Although this can be perpetrated by either sex, most often women are the victims, especially in conservative societies like ours. The culprits are mostly in-laws and/or the husband in the majority of the cases. Domestic violence can take any form namely psychological abuse, forced intercourse, physical aggression as well as other controlling behaviours.

The negative impact of domestic violence can have physical, mental and emotional ramifications. In most cases, the basis of abuse lies in sociocultural norms such as dowry, child marriage, and normalization of violence against women.

In intimate partner violence, victims suffer from mental health disorders, anxiety disorder and PTSD. Moreover, the longer the duration of violence, the higher the severity of depression among patients. Even the children who witness such violence suffer from a horde of mental disorders in subsequent life—ranging from anxiety, aggression, depression and trauma-related symptoms. Such children also have academic difficulties later in life, with substance abuse, and high-risk sexual behaviour.

Many emotions occur in victims of domestic violence. Fear, confusion, anger, numbness, guilt, shame. Many victims try to cover up the visible effects of violence with makeup or covering the bruises with clothes. Getting help for abuse in a timely manner can help prevent the long term impact of abuse.

Assault, or a scary experience can result in PTSD. The patient is startled easily, is tense, has difficulty sleeping, and even exhibits angry outbursts. Such patients also shut people out, and don’t even want to do things they once enjoyed.

There is generalized anxiety disorder in patients who are victims. It can be anxiety about everything or about one thing in particular. If not caught and treated in time, it can perpetuate and worsen. It can even interfere with activities of daily living.

Depression is a serious mental health disorder. The symptoms can include sleeplessness, or increased sleep, decreased appetite, avoidance of people, low self-esteem, inability to trust other people.

If you are experiencing mental health issues after the violence, then be sure to seek professional help. Book an appointment with a top psychiatrist in Multan, Karachi and Islamabad through oladoc.com, or call our helpline at 042-3890-0939 for assistance to find the RIGHT professional for your concerns.

Disclaimer: The contents of this article are intended to raise awareness about common health issues and should not be viewed as sound medical advice for your specific condition. You should always consult with a licensed medical practitioner prior to following any suggestions outlined in this article or adopting any treatment protocol based on the contents of this article.
« GASTROINTESTINAL ISSUES THAT MOST PAKISTANIS FACE
RAMAZAN GUIDE FOR GYM GOERS »

How FOMO Impacts Our Mental Health?