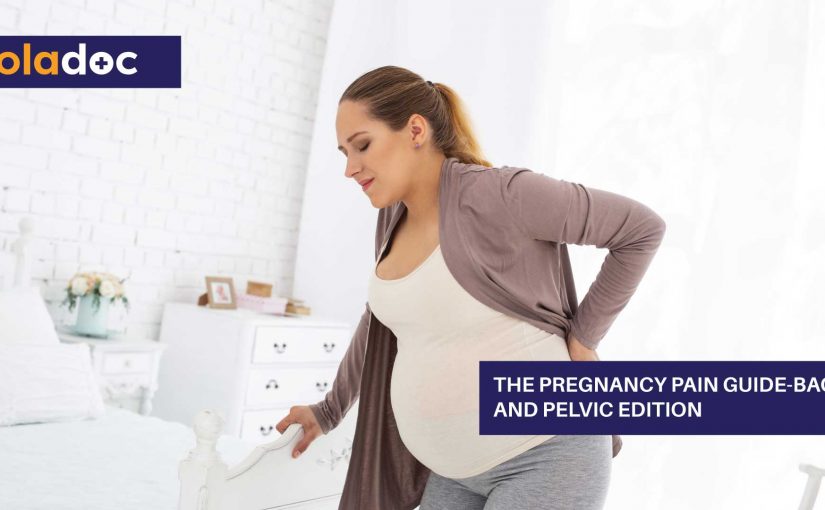 Pregnancy is a joyful time, but is also brings with it a host of minor, and sometimes major, health issues; and pain is one of them. We’ve already discussed the possible causes of abdominal pain in the first edition of the pregnancy pain guide.

Now we move on to back pain, which is a mid-pregnancy staple. According to gynecologists, because your baby is now growing noticeably, and your body is rapidly changing and expanding to accommodate this development.

Back pain is most common in the lower-back area where the pelvis meets the spine, and may be due to any of the following causes:

All women gain at least 25-30 pounds during a healthy pregnancy. Some of it is baby weight, while some can be attributed to the increased dietary requirement. Either way, the spine has to support the increased weight, resulting in persistent, but mild lower-back pain.

The enlarged uterus and increasing baby weight also put additional pressure on the nerves and blood vessels in the pelvis and back, which further contributes towards lower, and mid-back pain.

With an increase in body weight, most of which is concentrated in the front abdominal region, you center of gravity starts shifting. As a result, you unwittingly adjust your gait and posture according to the increased weight in order to retain your balance.

This altered walking style often strains the back, resulting in persistent pain.

Varying degrees of emotional stress are a given during pregnancy. This directly impacts your back by increasing muscle tension, resulting in pain that may also be felt as back spasms.

The pain generally intensifies during stressful periods, usually in the second and third trimesters, and disappears altogether with the absence of stress.

The body’s hormonal balance is greatly disrupted during pregnancy, and this includes the hormone ‘relaxin’. Increased production of this hormone loosens the ligaments and joints in the pelvic region to ease stretching as the baby grows.

However, it also loosens the spine-supporting ligaments, resulting in an unstable spine, which causes pain, especially during sudden movement.

Along with stretching the round ligaments that support it, the uterus also impacts the rectal abdominis muscles as it expands during the second half of pregnancy.

Appearing as two parallel sheets running from the ribcage to the pubic bone, the rectal abdominis muscles may sometimes separate down the middle, resulting in mild-to-moderate back pain.

This is extremely rare, but severe back pain during pregnancy may sometimes be due to Pregnancy-Associated Osteoporosis (weakened bones), that is most common in women with low pre-pregnancy bone density.

Vertebral Osteoarthritis (breakdown of cartilage and disks in the neck and lower back) and Septic Arthritis (joint infection and inflammation) may also affect some women and cause back pain. However, pain due to osteoporosis and septic arthritis is not always limited to the back, but may also be felt in other areas of the body.

Sudden growth spurts of the fetus and uterus can put increased pressure on the back. Moreover, inflammation and pain caused by movement of joints during and after pregnancy in a condition known as ‘Symphysis Pubis Dysfunction’ can also cause back pain.

Back pain during pregnancy is generally not a cause for concern. However, if the pain persists or becomes severe, consult your doctor for proper treatment instead of self-treatment with OTC NSAIDs like ibuprofen.

You can also book an appointment with a top Gynecologist in Lahore, Karachi and Islamabad through oladoc.com, or call our helpline at 042-3890-0939 for assistance to find the RIGHT Doctor for your gestational needs. 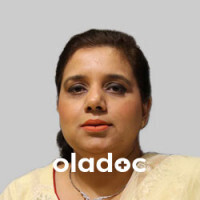 Dr. Sumbal Afzal - Author "Dr. Sumbal Afzal is a Gynecologist practicing in Lahore. Dr. Sumbal Afzal has the following degrees: MBBS, MCPS (Obs. & Gynae), MRCOG I and has 18 years of experience. She makes sure that her patients are comfortable and treated with empathy. Dr. Sumbal Afzal believes in raising awareness related to female reproductive health. "
« Is It Bipolar Disorder or ADHD?
The Pregnancy Pain Guide-Treatments and Precautions »
Book Appointment with the best "Gynecologists"