Coronavirus Patient Recovery is Now At 75% In Pakistan 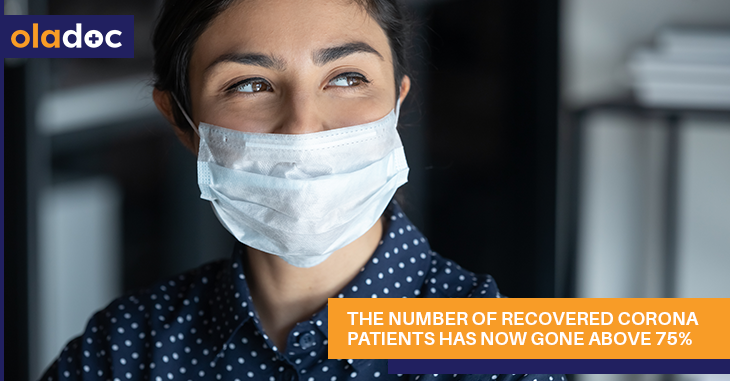 COVID-19 has shaken the entire world to its core. Initiating in Wuhan, China, the virus spread to the entire world due to its highly infectious nature. Without any vaccine, the only way to deal with the virus was to prevent its spread.

However, despite the measures being taken to control the disease, the virus is nowhere even close to receding. Still an imposing threat, COVID-19 has taken over 600,000 lives globally. It has wreaked similar havoc in Pakistan as well.

What was the COVID-19 situation at the beginning?

Initially, much like the rest of the world, there were only a few cases of the viral disease in Pakistan. The first case was reported towards the end of February. However, soon the situation grew out of hand as the people from Iran were admitted into the nation as after China, Iran was the worst-hit nation from COVID-19.

The Zaireen were quarantined, although in closed quarters, which allowed for the spread of the disease. Inevitably then, the virus spread to the rest of the country as well. Initially, due to limited testing kits, the number of tests done were also not in full capacity to that of the requirement. It thus did not give a true representation of the disease spread.

However, as the cases grew, Pakistan, much like the rest of the world, imposed a complete lockdown in March. The borders and airspaces were closed as well.

What caused the spike?

The COVID-19 figures were on a steady incline throughout the months of March and April; however, they were somewhat still controlled, partially due to the countrywide lockdown. Even in the first two weeks of May, the situation was controlled.

Then things took a turn for the worse after the lockdown was lifted. Shopping complexes, some offices, and certain businesses were allowed to operate during fixed times, and during certain days of the week only. However, despite these controlled measures, the situation did grow out of hand.

Lifting of the lockdown was followed soon after with Eid. People, who had already spent months social distancing, exhibited a blatant lack of decorum. No SOPs were followed, and rampant mingling was done. It, therefore, came as no surprise that the COVID-19 cases grew.

The burgeoning number of cases overwhelmed the state infrastructure. The curve became extremely steep with thousands of people being diagnosed every day. Naturally, the death toll increased. Hospitals ran out of beds for the patients, resulting in the at-home deaths as with COVID-19, oxygen saturation can fall suddenly. If immediate care is not provided, the patient can succumb to death as well. The critical care patients had to sustain another blow when the life-saving drug, Actemra’s supplies ran short.

The government took another strategy then

As the cases of COVID-19 grew at an unprecedented rate, the government was forced into taking action. However, for a developing country with a large number of daily wagers, a complete lockdown was a highly contested option. The Prime Minister, therefore, introduced the new policy of smart lockdown.

Essentially, this strategy involved locking only those areas where the number of cases of coronavirus was higher. This meant that the probability of transition was lowered. Since the incubation period of the virus is 14 days, under this policy, the respective areas were to be locked down for a fortnight.

What is the coronavirus patient recovery situation now?

Partly due to the smart lockdown, and partly due to the fear amongst the people, the rate of growth of the number of cases has decreased. Not only this, but a decline in the death rate is also being observed. Coronavirus patient recovery rate has also been improving; the current figures show the recovery rate at just a little over 79%, according to the official figures.

However, people are contesting these figures, as the testing numbers have been decreasing continuously. According to The News, Pakistan has a testing capacity of 70, 000 tests per day, but only 42% of this capacity is being utilized. Thus, the official figure might possibly belie the ground realities.

As per the official statistics regarding COVID-19, the provincial distribution of the cases is as follows:

According to the official figures, AJK has had a total of 1,961 COVID-19 cases and 48 deaths. The coronavirus patient recovery percentage in AJK stands at almost 68%.

In Balochistan, 11,517 people have been reported to have suffered from the virus, with 136 casualties. The coronavirus patient recovery rate has been around 83%.

1896 people have tested positive in GB, of which 1498 have successfully recovered. There have been 45 deaths reported thus far from the disease.

Punjab is the most densely populated province and therefore has had a large number of cases. 91,129 Punjabis have tested positive for the virus, of which 2100 have died from the disease. The coronavirus patient recovery figure stands at 66,802.

Sindh has been the worst afflicted province. There have been 115,213 confirmed cases, of which 96,226 have successfully recovered, bring the coronavirus patient recovery percentage to almost 83.5%.  2060 people have died of COVID-19.

The situation in the capital has been grim as well. 14,772 people have contracted the virus, of which 12023 have recovered. 162 people from the capital have died due to the virus.

Even though things are changing for the better, it is still important to stay vigilant. If you or a loved one are showing symptoms of coronavirus, you need to book a COVID-19 test at your earliest. You can book this test via oladoc.com or by calling at 042-389009939.

Dr. Hira Tanveer - Author Dr. Hira Tanveer is an MBBS doctor and currently serving at CMH Lahore. Writing is her favorite hobby as she loves to share professional advice on trendy healthcare issues, general well-being, a healthy diet, and lifestyle.
« Will The Oxford Vaccine For Coronavirus Put an End to COVID-19?
Teenage Nutrition: The Reasons & Consequences of a Bad One »

How to Get NIMS NADRA Vaccination Certificate in Pakistan