Home » Healthy Lifestyle » Teenage Nutrition: The Reasons & Consequences of a Bad One

Teenage Nutrition: The Reasons & Consequences of a Bad One 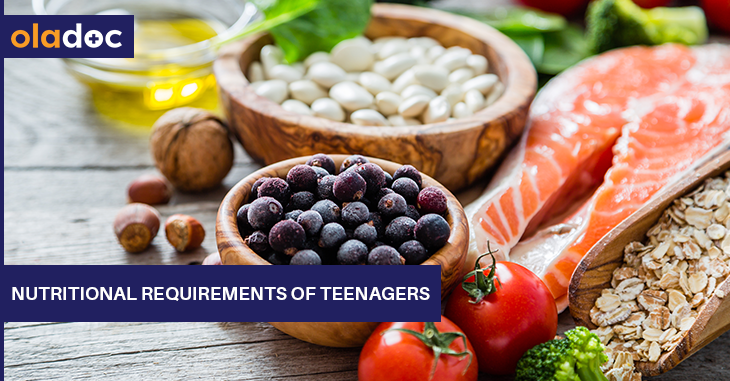 Teenage is a difficult time for most people. Puberty is an awkward transition into adulthood. However, harder still is when teenage nutrition is ignored and the requirements are not met.

Since teenage children are already testy, to begin with, managing their diet is hard for the parents. Then there are so many other reasons why diet lags, to begin with.

What are some of the reasons for bad teenage nutrition?

Adolescents suffer from a lot of body image issues. These issues then morph into eating disorders, especially in girls. Standards for girls are rather unrealistic, where thinness is glorified. It promotes the change of priorities; from a healthy weight to size zero.

Hence, Bulimia and anorexia strike a lot of teenage girls. Both these disorders lead to serious diseases and render grave damage to the body. In the worst-case scenario, death can also occur.

Similarly, boys too are given the complexity of looking buff. Rather than paying heed to the capacity of the individual body, they then resort to overworking their muscles. Some boys also take up steroids and other such dangerous drugs for the sake of the superficial.

One can hold the raging hormones responsible; the newly discovered sexuality leads to teenagers considering their beauty their most important asset. Moreover, teenagers also have to face a lot of peer pressure. School is a nightmare for those kids who do not conform to the flawed standards of beauty. They get bullied and name-called, which forces them to use any means to lose weight or become more muscular.

Moreover, media is also a responsibility for giving teenagers body image issues. Teenagers are more emotional in their devotion to the media personality. It’s no coincidence that most of the famous teenage starts or other celebrities looked up by the teenagers look and weigh a certain way.

As teenagers are more impressionable than adults, they take these reinforcements by celebrities very seriously. They then resort to changing their bodies to emulate the famous people, disregarding their health in the process.

Why is this especially dangerous for teenagers?

The growth spurt is occurring

Puberty is remarkable also because it unleashes the growth hormone. Therefore, with the increased physical growth comes the increased nutritional requirement. The body needs the respective nutrients to be able to carry out the important processes.

If these nutritional requirements are not met, then growth is compromised. Many diseases occur that persist later in life as well. In girls, a lack of adequate diet also can lead to delayed puberty. It also causes them not just to have nutritional deficiencies but also jeopardizes the health of their future children as well.

Moreover, as bone development is occurring during teenage, if a good diet is not consumed, the bone and teeth strength also are endangered as a result.

The energy requirement is not met

As the body is also dealing with growth and development spurt alongside carrying out the essential tasks, therefore, the nutrition requirements are greater. If teenagers do not get a sufficient amount of nutrients, they tend to suffer from a lack of energy. Their body becomes perpetually tired as a result.

Being in a state of fatigue is not just physically taxing but mentally tolling as well. Productivity and performance suffer. Since high school plays an important part in the academic life of the students and determines their college plans, lack of adequate nutrition thus has far-reaching consequences for all aspects of life.

Nutrient needs due to hormonal changes

Due to periods, many girls run low on iron. This is especially important for those girls whose cycle is not settling into the rhythm and are experiencing the hormonal issues. Heavy bleeding results in greater blood loss. Insufficient iron then manifests in fatigue, headaches, dizziness, etc.

If your teenager is having any such symptoms without the obvious reason of periods, it is best to talk to a top child specialist to rule out any other issues.  You can book an appointment with a child specialist in Lahore, Karachi or Islamabad via oladoc.com or by calling at 042-38900939.

Eating well is important through all phases of life, but it rings especially true for teenagers.

Dr. Hira Tanveer - Author Dr. Hira Tanveer is an MBBS doctor and currently serving at CMH Lahore. Writing is her favorite hobby as she loves to share professional advice on trendy healthcare issues, general well-being, a healthy diet, and lifestyle.
« Coronavirus Patient Recovery is Now At 75% In Pakistan
What Are The Options For Coronavirus Vaccine In Asia? »