Top 5 Rare Diseases in the World 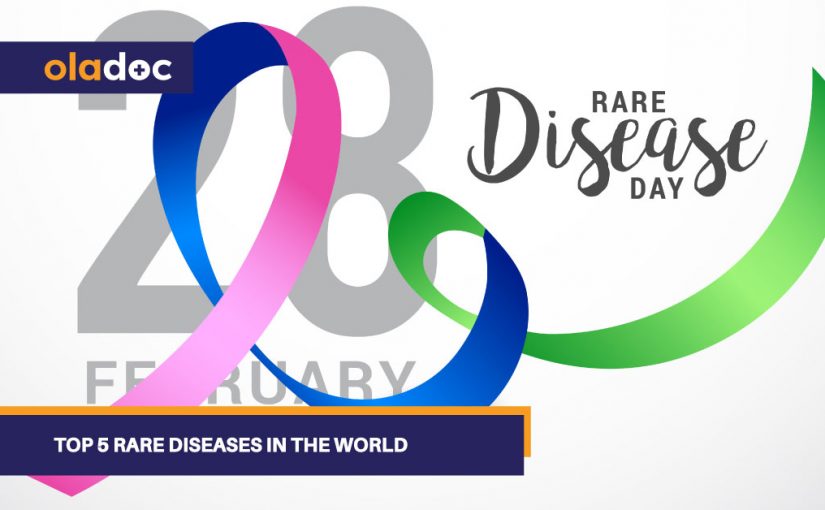 Rare diseases refer to diseases that affect a very small percentage of the population. They fall under a wide variety of symptoms and disorders that differ from disease to disease as well as patient to patient suffering. 80% of the conditions have a genetic origin whereas the rest may be caused by allergies, infections, or environmental factors.

Let’s talk about the top 5 rare medical conditions that are present around the world.

This syndrome has been named after Lewis Carroll’s book i.e. similarly titled. This rare disease, with a prevalence of 10-20%, is associated with migraine and the sufferer perceives objects to be far smaller than they are. This condition can also affect touch, hearing, or even the perception of their image.

In this rare medical condition, thread-like blue or black fibers appear under the skin accompanied by stinging, crawling, and biting sensations.

Nearly 14,000 people suffer from this illness that is also characterized by memory impairment, changes in vision, and joint pain. Amongst the medical professionals, this condition is famous as the ‘fiber disease’ and there is no known cause behind it.

Of this interesting disease, there are only 60 recorded patients. Patients of this syndrome have a speech disorder so that native speakers talk in a manner that is perceived as a ‘foreign accent’.

Early on, this was dismissed as a psychological problem by the doctors; however, later research in the UK revealed that people suffering from this had similar abnormalities in their brain anatomy. This disorder may result from trauma, stroke, or even multiple sclerosis.

This incurable disease is almost completely eradicated, however, it is important because it has greatly impacted scientific research. This rare medical condition occurred in the 1950s due to the practice of cannibalism on corpses in New Guinea.

The symptoms of Kuru included bursts of maniacal laughter, as well as shaking limbs, inability to retain balance, and eventually death within a year. It resulted in a “swiss-cheesing” of the brain, which was the term used to describe the holes that emerged in the brain of the deceased patients.

Another rare medical condition, with about 30 reported cases, is that of water allergy or aquagenic urticaria. This condition occurs more commonly in women and may be associated with hormonal imbalance. Although the exact cause is unknown, it may be a hypersensitivity reaction to the ions present in non-distilled water.

You may be suffering from these or some other medical conditions. In such a case, it is critical to get proper medical consultation.

You can book an appointment with a top General physician in Lahore, Karachi, and Islamabad through oladoc.com, or call our helpline at 042-3890-0939 for assistance to find the RIGHT Doctor for your health concerns.

Dr. Zahid Rustam - Author "Dr. Zahid Rustam completed his MBBS from Army Medical College and pursued his further education in the UK and USA. Recently Dr. Zahid has Earned qualification of FIPP WIP USA which is the only recognized Post-graduation degree in Interventional pain practice. He is one of only 06 physicians in Pakistan to earn this degree Dr. Zahid Rustam has vast years of experience of in managing patients with diverse illnesses. Presently Dr. Zahid Rustam heads his own practice, Islamabad Pain Spine and Stroke center G-8 Markaz and practices mainly Interventional Pain management for chronic pain (mainly Backache neck and other Chronic Pain), Musculoskeletal & Electro-diagnostic Medicine, Geriatric/elderly care Medicine, and Neuro-Rehabilitation.
« Treatment of Hemorrhoids in Women
9 Health Risks of Obesity »
Book Appointment with the best "General Physicians"