Treatment of Hemorrhoids in Women 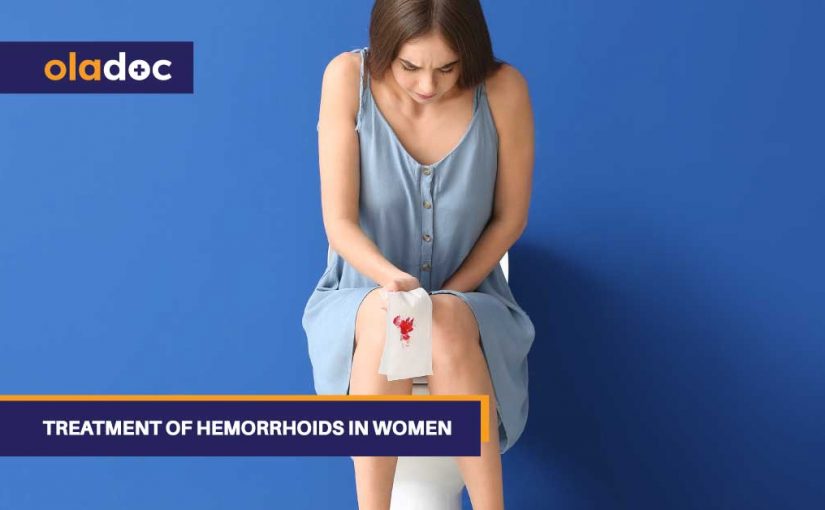 Hemorrhoids are referred to swollen veins in your lower rectum or anus. They can be of two types, internal hemorrhoids, and external hemorrhoids. Also known as piles, hemorrhoids can lead to rectal bleeding, irritation, itching, and pain around the anus among other symptoms.

Hemorrhoids or bawaseer can affect both men and women. In this article, we’ll specifically talk about hemorrhoids in women, their causes, and treatment options.

What causes hemorrhoids in women?

Hemorrhoids in women may occur due to various reasons. One of the most common reasons why hemorrhoids occur is due to constipation. Women affected by constipation may try to push hard to have a bowel movement. This straining can in turn cause the veins around the anus to swell leading to the formation of hemorrhoids.

Other reasons why hemorrhoids affect women is due to pregnancy, childbirth, and hormonal changes.

Women are at a high risk of hemorrhoids during pregnancy. Pregnancy can cause various changes in women such as an enlarged uterus and an increase in blood flow. These factors coupled with the growth of the baby can put pressure on the veins in the rectum and anus. This increased pressure can then lead to hemorrhoids.

Following are the common causes of hemorrhoids:

What are the symptoms of hemorrhoids in women?

Women who have internal or external hemorrhoids may experience the following symptoms:

Following are the symptoms of internal hemorrhoids:

Following are the symptoms of external hemorrhoids:

Treatment of Hemorrhoids in Women

Once a hemorrhoid develops it does not go away on its own, hence it is imperative to treat it. Hemorrhoids can be treated in a multitude of ways depending on the severity of your condition.

Following are the available treatment options for hemorrhoids:

In the early stages following their development, hemorrhoids can be treated with the use of medicines. Your doctor may recommend over-the-counter (OTC) medications, creams, or ointments that may relieve your pain and swelling.

Nonsteroidal anti-inflammatory drugs (NSAIDs) are also effective in reducing the swelling and pain associated with hemorrhoids.

Injection sclerotherapy is another non-surgical treatment of hemorrhoids. It involves injecting a chemical solution referred to as a sclerosant into the area around the hemorrhoids.

This injection triggers a scarring reaction that causes the hemorrhoids to gradually shrink over time. The whole procedure takes around 5-10 minutes and does not require anesthesia.

This cuts off blood supply to the hemorrhoid causing it to shrivel up and die in about 3-5 days. The rubber band and dead tissue are then excreted out of the body when the person passes a stool.

Hemorrhoidectomy is a procedure undertaken for the surgical removal of grade 3 or grade 4 hemorrhoids. It is indicated when other conservative treatments have failed.

The procedure involves using a tying off the swollen veins inside the hemorrhoid followed by the removal of the hemorrhoid. The operation is usually performed under spinal anesthesia.

Recovery from hemorrhoid surgery usually takes from 2-3 weeks. You might experience mild pain and bleeding after the surgery.

Consult with a general surgeon to know whether surgery is the right treatment option for your hemorrhoids. oladoc can help you book appointments or online video consultations with the best general surgeons in Multan and other cities of Pakistan. You can also call at 04238900939 to schedule your appointments. 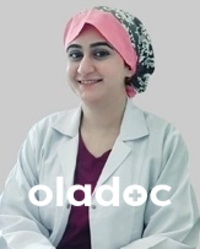 Dr. Bushra Ghulam - Author Dr. Bushra Ghulam is a very well regarded General Surgeon and has a number of certifications under her belt, including M.B.B.S., F.C.P.S. (Surgery) and ATLS Provider (American College of Surgeons) as well as 8 years of experience in her field.
« How to Get NIMS NADRA Vaccination Certificate in Pakistan
Top 5 Rare Diseases in the World »
Book Appointment with the best "General Physicians"

Hernia Repair Surgery – All You Need To Know