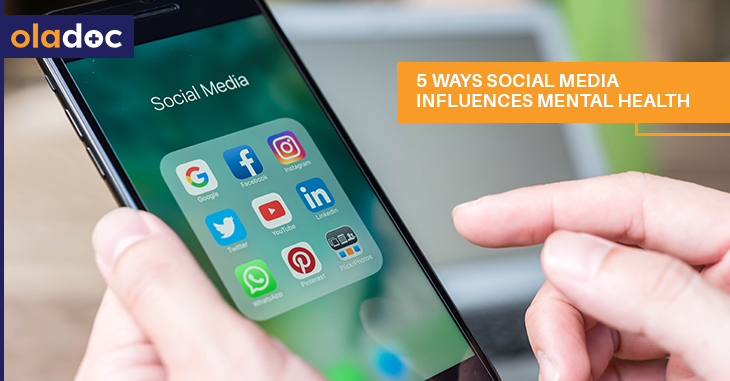 Everyone has their share of insecurities. However, a case of low self-esteem is rarely helped by comparing oneself with others deemed more successful, especially as it appears on social media. The seemingly perfect posts and pictures on social media are a result of hours of effort and even a ‘candid’ shot is carefully orchestrated. Therefore, it is pointless to compare one’s life to others. They do little to assuage the feeling of self-doubt that one often has.

The University of Copenhagen, in their study, involving more than 1095 people found that people who used more Facebook suffered more jealousy and had self-esteem issues, in comparison to people who refrained from using the social media app.

According to the author of this report, millions of hours are spent on Facebook each day; even if apps like Facebook have connected people more socially, has it really been helpful for their mental well being? It seems not.

The habitual use of social media, as a means of gaining information about others, is negatively impacting people on several dimensions. This was proven when the people in the experiment who refrained from using social media, reported better life satisfaction and more positive emotions. The positivity in emotions is better for people who suffer from already low self-esteem.

Social media is addictive. While the number of people who are truly addicted to social media is still relatively low, it is no less dangerous than other types of addiction. Chicago University researchers concluded that social media addiction is actually stronger than cigarette or alcohol addiction.

The constant need to check social media can actually be problematic for the personal life of a user. In fact, the parts of the brain that are called the ‘pleasure centers’ are stimulated when one talks about oneself, which is a key part of what social media is all about.

More often than not, people are busy making videos and photos on important social gatherings, and this, according to researchers impacts people’s memory of these events.

The advent of the internet and social media has produced, what the experts call, ‘google effect’. This occurs when the brain availability of external information causes the brain to neglect the information itself, but remember where to access it.

For instance, if people are playing a game of ‘facts’, they will forget the questions, believing that the computer is storing the questions and they can study it later.  Instead of the information on the questions, they will remember only where to ‘access’ it.

This phenomenon also occurs with experiential memories, whereby the brain stores not the memory of the event itself, but where to get the photos etc. Even when experiences are stored on the devices, our memory of the experiences diminishes.

In the year 2000, the attention span on an average person was 12 seconds; by the year 2013, this had dropped to 8 seconds—slower than that of a goldfish. Experts think that this drop, in attention span can be attributed to the use of social media.

According to Oxford professor of synaptic pharmacology, Lady Greenfield, the use of social media is ‘infantilizing’ the human mind. Our brain, in this fast world, is getting accustomed to operating over short timescales. As a result, in tasks that take longer, for instance, book readying, our attention ends up wandering.

Since the turn of the millennium, the incidence of attention deficit disorders has increased. This is worrisome for parents, who wonder if the technology is eroding the minds of children. The time spent on multi-tasking and social networking should be reduced to improve the concentration spans, especially in children.

Researchers from the University of Pittsburgh School of Medicine, have found that the more time young adults spend on social media, the more likely they are to be depressed.

Depression and anxiety, especially among the millennials, are already on the rise. In fact, by the year 2030, depression is anticipated to become the forerunner of disability, especially in developed countries.

Research shows the more time spent on social media, the higher the risk of negative body image, eating disorders, sleeping disorders, and depression. Even people who have a high number of ‘friends’ and are posting content often instead of just browsing have issues with getting a greater number of ‘likes’ and perpetual anxiety about follower counts.

Many young adults and teenagers alter their appearance and engage in negative behavior to gain more social popularity and be ‘viral’.

For better mental health, it is important to avoid constant use of social media and to refrain from too much internet time. If the coronavirus related social isolation is weighing heavy on your mental health and you are finding yourself glued to social media, you should book an online doctor video consultation with a psychologist.

You can also call our helpline at 042-3890-0939 for assistance to find the RIGHT professional for your concerns.

How FOMO Impacts Our Mental Health?