6 Factors That Put You At Risk Of Diabetes 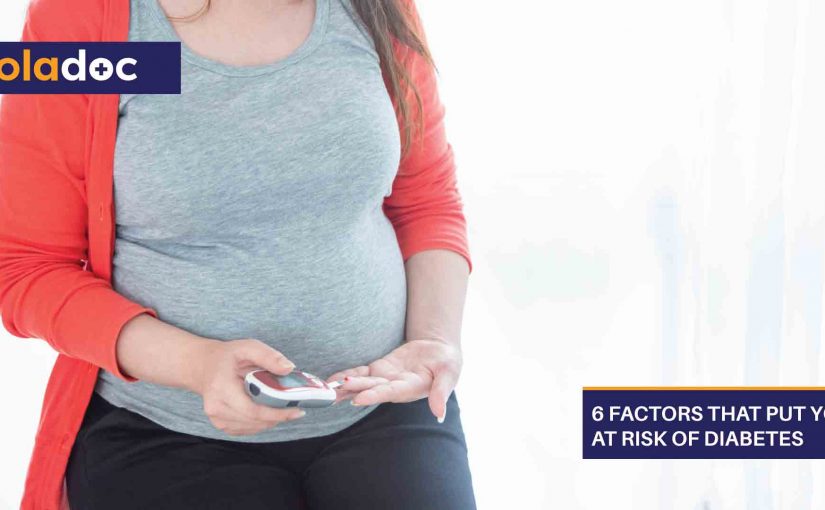 Find & Book the best "Endocrinologists" near you

According to a report by the WHO, diabetes led to the death of around 1.6 million people globally. Apart from such high mortality rates, 1 in every 4 people globally is suffering from diabetes, and most likely doesn’t even know about it. This may be owed to the hard-to-identify symptoms, particularly those of Type 2 diabetes. While the exact causative agents of the 4 types of diabetes may be difficult to determine, here are some of the most popular and common factors that can put you at risk of diabetes.

According to the diabetologists, this is considered as a common cause of the unavoidable Type 1 diabetes. If your mother, father, sister or brother has Type-1 diabetes, it is advisable to get yourself checked for it. All that is required to diagnose you is a simple blood test. Certain triggers for Type-1 diabetes include a bacterial or viral infection, an unidentified substance that may cause an autoimmune reaction and the presence of chemical toxins within food.

Type 2 diabetes, while mostly caused by other external factors, may also be influenced by a close family history of diabetes. Scientists have researched that several gene mutations may be associated with a higher risk of diabetes, although not everyone who possesses these mutations will suffer from the illness.

In particular, this involves mutations in genes involved in controlling the levels of glucose, the production and effective absorption of insulin, those that help moving glucose into the pancreas, glucagon hormones that are involved in glucose regulation and those that play a role in sensing glucose levels in the body.

The growing number of diabetics in Pakistan can be attributed to higher chances of the ‘diabetes gene’ affecting Asians, as compared to Caucasians (Europeans). Other ethnic groups genetically predisposed to develop this disease include Africans, Hispanics, Pacific Islanders and Native Americans

Having babies weighing more than 9 pounds and being overweight prior to pregnancy have also been linked to gestational and type 2 diabetes. A healthy, nutrient rich diet and regular glucose tolerance tests during and after pregnancy can greatly aid in the prevention and control of this condition.

Excess carbohydrate consumption results in excess glucose content, which, after being stored in the liver, muscles and fat cells becomes resistant to insulin and hence, cannot be stored in the fat cells.  This results in a dangerous rise in blood sugar or glucose levels, eventually leading to Type 2 diabetes.

Sodium or salt rich diets also cause weight gain and hypertension, with a 43% increase in chance of diabetes development for every extra 1000 mg consumed per day. Following a proper diet plan rich in certain natural ingredients with reduced carbohydrate and sodium intake can help avoid diabetes or provide a near-permanent break from the disease.

Diabetes may be developed as an aftermath of Pancreatitis or pancreatic cancer, which reduce the pancreas ability to make insulin by damaging the beta cells. Pancreatectomy (surgical removal of pancreas) is also a major cause of Type 1 diabetes, in which the body fails to produce insulin entirely.

Diseases such as Cystic Fibrosis and Hemochromatosis cause pancreatic scarring and iron accumulation in the pancreata, greatly reducing their ability to produce insulin.

If you have experienced any of these conditions, you should consult an Endocrinologist for a diabetes screening and to proactively develop a plan to monitor your situation and mitigate the risks.

Excessive weight gain is the flag-bearer of diabetes, with a major percentage of diabetics being obese prior to diagnosis. Concentration of fat in specific regions can cause other health problems as well, such as extra fat in the belly area, which causes insulin resistance-resulting in Type 2 diabetes-as well as heart and blood vessel disease.

People who are physically inactive and exercise less than 3 times a week also expose themselves to diabetes.

While Type 1 diabetes may be incurable and difficult to prevent, Type 2 can be prevented. Positive dietary and lifestyle changes under the supervision of quality medical professionals can help in avoiding this disease.

If you or a loved one has diabetes or you are concerned about developing diabetes due to the above-mentioned risk factors, book an appointment with a top Endocrinologist in Lahore, Karachi and Islamabad through oladoc.com. Or call our helpline at 042 3890 0939 for assistance to find the RIGHT Doctor for your diabetic needs. 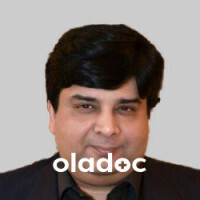 Dr. Kashif Aziz - Author Dr. Kashif Aziz is a diabetologist and internal medicine specialist based in Lahore. He advises patients on diabetes, hepatitis, chronic diseases, and general stomach issues. You can book an appointment with him via oladoc.
« 5 Tips To Avoid Joint Pain And Weakness
For The Love Of Fruits: Why You Should Include Them In Your Daily Diet »
Book Appointment with the best "Endocrinologists"