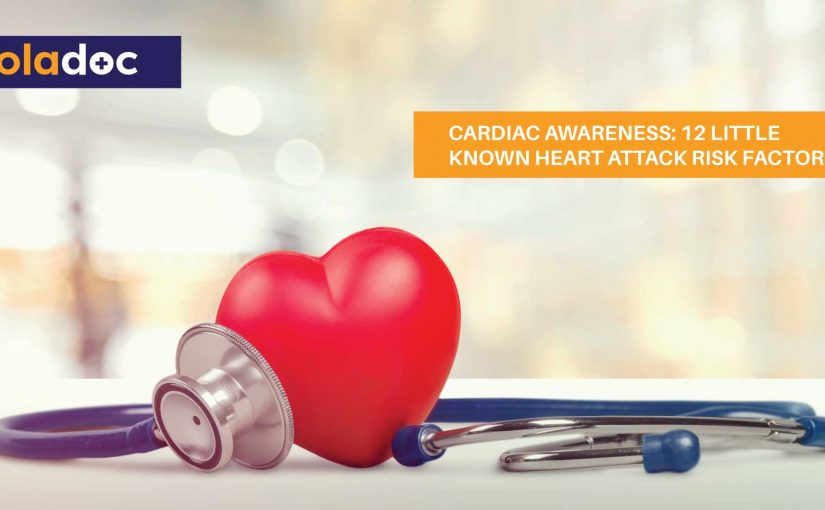 Find & Book the best "Cardiologists" near you

General risk factors, such as hypertension, high cholesterol, and elevated blood sugar, are common knowledge, and subsequently taken care of. However, there are other conditions, some of which are relatively unknown even among doctors, that might explain cardiovascular diseases (CVDs), heart attacks (Myocardial Infractions or MIs), and strokes in otherwise healthy and at-risk individuals, alike. Let’s go over some of these heart attack risk factors.

Increasing the chances of heart attack-induced death by 40-50%, this mutation in the bone marrow stem cells promotes plaque buildup and inflammation by influencing the development of a specific white blood cell. While highly common in older individuals over 70, it also increases the risk of a heart attack fourfold later in life if diagnosed in younger individuals. However, CHIP’s effects and treatment are still being studied.

In addition to CHIP, the occurrence of a CVD and/or heart attack in seemingly healthy individuals might also be explained with high levels of this substance that attaches itself to LDL (‘bad’ cholesterol) in the blood to form artery-clogging plaque and blood clots, despite a normal cholesterol reading. This is why researchers now recommend lp(a) testing in addition to the traditional LDL test, particularly for men and women under 50 and 60, respectively, who have a CVD, or a strong cardiac family history.

According to researchers, gradual accumulation of lead, mercury, cadmium and other toxic metals, commonly ingested through food, can cause a sudden heart attack by raising blood pressure and heart rate via elevated epinephrine (a version of adrenaline) hormone levels. However, these metals can be purged by regularly consuming leafy green vegetables and filtering tap water before drinking.

People living in industrialized or heavily populated areas are at greater risk of CVDs and heart attacks as regular exposure to toxic fumes increases inflammation and oxidation in the body, resulting in accelerated heart muscle/cell death.

There is a possible chance that you get a heart attack, stroke or chest pain if you are having migraines and highly likely with auras that occur before the migraine. If your family has the history of heart diseases then most probably it would be in your genes as well, so to be at the safe side avoid using triptans to treat migraines because they have the tendency to narrow down the blood vessels. Hence, it is advised to take prescription from your doctor to treat migraines.

Arteries has the tendency to constricts in the low temperatures and can become a cause of increasing blood pressure. On the other hand, shoveling snow could add up to this risk and it can cause potentially increased burden on the heart than it can endure. Due to this, every year eleven thousand people are sent to the hospitals and only seven percent among them usually have heart problems

Where sugar is a sweet tooth for a lot of people, it is gaining its position in the no-no list of diet. Martin goes on to say that taking a lot of sugar intake can lead to the higher risk of diabetes and heart problems. And according to him around 30% of the patients that make up to the hospital bed for heart attacks have history of diabetes. Therefore, only take healthy fats and avoid cutting down the unhealthy ones.

According to a study published in the acclaimed medical journal Circulation, the sudden discontinuation of continuously followed daily low-dose aspirin therapy increased the likelihood of a heart attack by 37%, with possibly fatal consequences for those with a previous CVD.

While flu shots may seem ineffective due to not being able to prevent certain strains of the causative influenza virus, foregoing the vaccination entirely may have drastic effect on heart health. This is due to the heightened activity of blood clot-forming platelets during, and one week after a flu infection; increasing the risk of an MI by 6 times.

Not only can it damage certain muscles, but a sudden bout of strenuous physical activity such as heavy-lifting, particularly in generally sedentary or high-risk individuals may trigger a sudden heart attack, which, coupled with sudden exposure to extremely low temperatures increases the likelihood of an MI by constricting the arteries and elevating blood pressure.

High-risk individuals may also be more likely to experience a heart attack during an intense episode of anger or grief, as both conditions increase blood pressure and heart rate due to the fight-or-flight response triggered by adrenaline release.

A diagnosis of Rheumatoid Arthritis and other inflammatory conditions, Preeclampsia (hypertension during pregnancy), gestational diabetes, sleep apnea, or exposing the left breast to radiation, commonly for breast cancer treatment, poses an increased future risk of CVDs and heart attacks.

If you are at risk of a cardiovascular condition, either due to traditional factors or the ones mentioned above, remember to get regular screenings, and report to your doctor if you observe anything suspicious. You can also book an appointment with a top Cardiologist in Islamabad, Karachi and Peshawar through oladoc.com, or call our helpline at 042-3890-0939 for assistance to find the RIGHT Doctor for your heart health concerns. 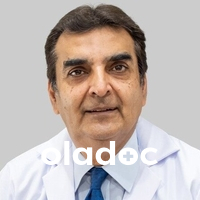 Dr. Mudassar Khokhar - Author Dr. Mudassar H. Khokhar is a Cardiologist practicing in Lahore. He has MBBS, FCCP (UK), and Dip. in Cardiology alongside 35 years of experience in his domain. If you want to seek advice from him, oladoc is here to help you.
Internal Med in Karachi
« Bones, Bumps, and Bunions
Drip Drop: Reprogramming an Overactive Bladder (Oab) »
Book Appointment with the best "Cardiologists"

10 Heart-Healthy Foods You Should Add To Your Diet…