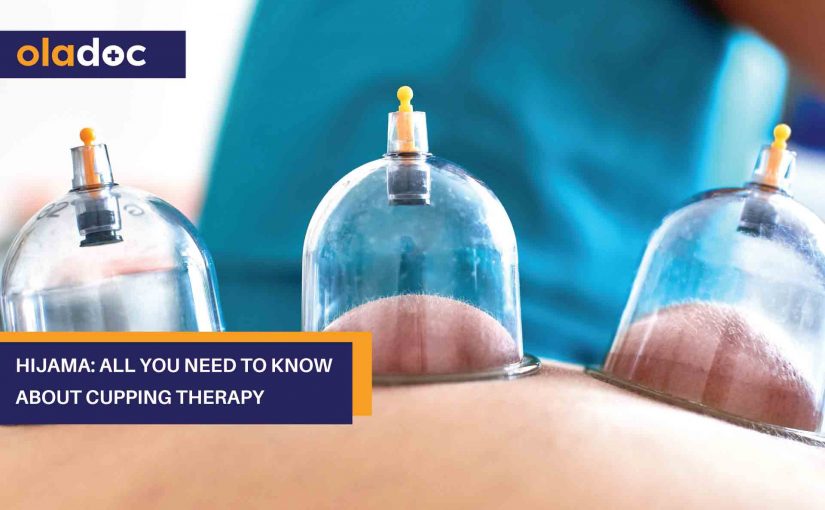 Hijama, also known as cupping therapy, is a method in which your blood is drawn toward the skin through a vacuum. The therapist puts cups having vacuum pressure inside them over your skin, and it draws blood toward the surface, removing toxins and impurities from nearby tissues.

Hijama helps treat various illnesses and is being used for decades. It has its importance in Islamic history too.

Hijama (cupping therapy) can be of two types, dry and wet.

At the end of the procedure, you will notice a bruise and discoloration of the skin because of broken blood vessels just underneath the skin.

The needles used for hijama should be disinfected, clean and separate for everyone. If the same needle or infected one is used, it can result in a skin infection.

Therefore before getting it done, you must ask the therapist if they are using new needles for every patient or not.

Research on cupping therapy has uncovered several benefits such as:

What is the Importance of Hijama in Islam?

Hijama has been used by the Prophet Muhammad (PBUH).

How is Hijama Performed?

Acupuncturists, chiropractors, medical doctors, or physical therapists perform hijama. They will ask you to expose the area directly where hijama is needed and disinfect it with alcohol or any other antiseptic.

Then they will put a small incision on your skin before or after the application of a vacuum-filled cup over it. It can help ease pain due to muscle aches or other health conditions.

To produce a vacuum in a cup, the healthcare providers use fire due to alcohol, fabric, or herbs. They expose the cup with fire and readily remove it and put it over the skin. The blood is drawn towards your skin due to vacuum pressure. Hence toxins and impurities can be removed from surrounding organs and tissues too.

The cups can be made up of bamboo, silicone, glass, and earthware. There can be 3 to 5 cups in the first sitting. Over time, the therapist may increase it up to 5 to 7.

Hijama needs expertise. The person doing it needs to be gentle and fast at the same time. After some time, usually some minutes, they remove the cups and clean your skin. You will have circular bruises on your skin that may not be painful and resolve with time.

The skin becomes red because the blood vessels rupture. Finally, they apply any antibacterial or soothing ointment and cover the area with a bandage. An antibiotic ointment helps prevent infections of the skin that can occur due to incision.

What conditions can Hijama treat?

A common hijama benefit is that it can help treat various health conditions. But until now, there is not much research about it. According to researchers, it may be beneficial for patients to receive other treatments and medications, along with hijama.

Hijama alone can not be a treatment for any health condition. It can be beneficial in the treatment of conditions, such as:

There is not much research done about hijama on these health conditions. Hijama can help in treating them, but it should not be the first option to avail. If you are not feeling well due to any health condition, you must consult with a physician as soon as possible.

Moreover, you should take the medicines as prescribed. Do not take hijama as a substitute for medicines and the advice of the doctor. If you do that, your health condition can worsen. You can do hijama along with medical treatment. So, you recover soon.

What are the side effects of Hijama?

Generally, hijama does not cause many side effects. However, there can be some mild side effects that occur just after getting the procedure done. Immediately after treatment, you may have the complaint of;

These side effects can occur because your body loses blood or due to pain.

After the treatment is done, you will have circular marked patterns on your skin due to the impact of cups filled with vacuum. Pain may also be there at the site of the incision. It may also make you feel lightheaded or dizzy.

Moreover, if your healthcare provider is using the same needle for all people to do an incision, the risk of hepatitis and AIDS increases many folds.

Therefore you must ensure that your therapist uses a new needle for everyone to clean and free from microbes. You must ask your healthcare provider about it as your health comes first.

Otherwise, you will have to pay a huge, huge cost for a little procedure like hijama if you get another infection due to it. You must do proper research about practitioners before finalizing the one.

You also need to make sure that the cups are cleaned, autoclaved, and free from microbes. If they are not free of microbes, they can lead to blood-borne diseases, such as AIDS, hepatitis B, and C.

Things to keep in mind with hijama therapy

Many hijama practitioners tend to convince the patient to stop taking their medicines or visiting their healthcare providers with hijama. You should not do that. Instead, you must consult your health care provider at every step. Even before you decide to get hijama done, you should consult with your physician.

If the hijama practitioner asks you to stop medications to know about the benefits of hijama, you must seek advice from your healthcare provider. Stopping medication intake can lead to worsening health conditions. If you do that, you may end up decorating your health status.

Who can get hijama done?

The experts do not recommend cupping for all populations. Therefore, for some, it is better to avoid or do it with extreme caution. That sensitive population includes;

All these people should avoid getting hijama. It should only be done if your healthcare provider allows it and the benefit is more than the associated risk.

You must also avoid getting hijama therapy if:

Hijama is a procedure in which healthcare providers make an incision over your skin and put a vacuum-filled cup over it. So, blood with impurities and toxins can flow out with ease. It has various benefits to your body and can help ease different health conditions.

Before you decide on hijama, do proper research, consult with your healthcare provider and keep taking your medications. When you go for it, do not forget to give them your complete health history, especially if you have any blood disease or you are on anticoagulant therapy.

After getting the procedure, it may take some time to heal. In the meanwhile, rub an ointment gently over the bruised skin to protect it from infections.

Disclaimer: The contents of this article are intended to raise awareness about common health issues and should not be viewed as sound medical advice for your specific condition. You should always consult with a licensed medical practitioner prior to following any suggestions outlined in this article or adopting any treatment protocol based on the contents of this article.
« دانتوں میں کیڑا لگنے کی علامات ، اسباب اور ان کا علاج
MDCAT Result 2021: Upset Students Demand Retake of the Exam »
Book Appointment with the best "General Physicians"

World AIDS Day 2022: Facts about HIV/AIDS you should…