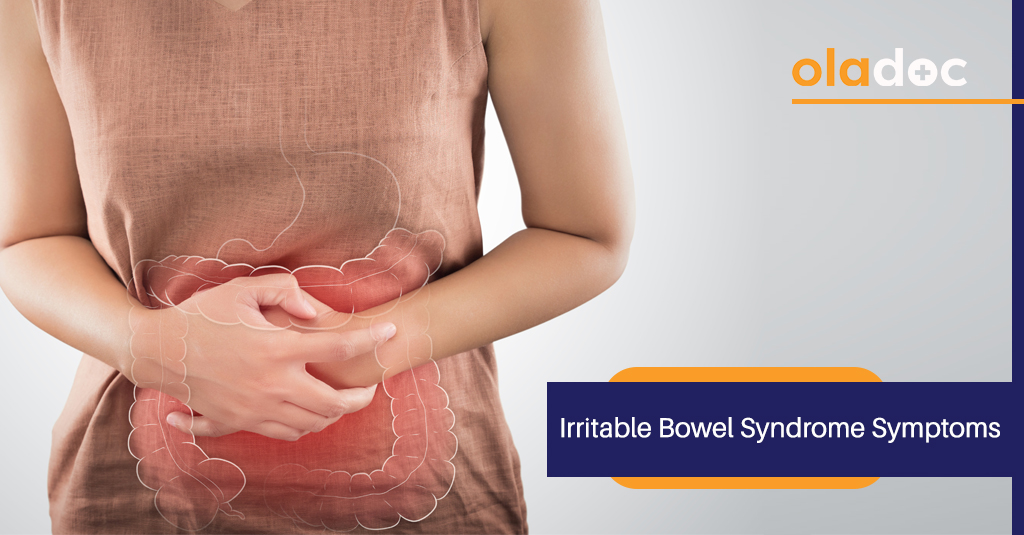 Irritable bowel syndrome or IBS is a common disorder that affects the colon (large intestine). It often causes abdominal pain with diarrhea and/or constipation, cramping, gas, and bloating. IBS is also referred to as spastic colon or functional bowel disorder sometimes. IBS is also mistaken for colitis sometimes, which is an inflammatory bowel disease that is more serious than IBS and that may damage the colon. IBS, on the other hand, isn’t damaging to the colon. Nearly 20% of the population is affected by IBS as it is the second most frequent cause of lost school and work days, the first being the common cold. Stress, poor sleep, unsuitable diet and changes in gut bacteria may trigger the symptoms. IBS symptoms often disappear for a period of time and then return. Consult to a doctor if you have the following symptoms of irritable bowel syndrome:

The most common symptom of IBS and a key factor in diagnosis is abdominal pain. Usually, your brain and gut control digestion via nerve impulses, hormones, and signals released by your gut microbiota.

When a person suffers from IBS, these cooperative signals are distorted. This leads to painful and uncoordinated tension in the digestive tract muscles. The pain is usually felt diffusely in the lower abdomen or the entire abdomen. It doesn’t usually occur in the upper abdomen alone.

The pain typically subsides after a bowel movement. Diet modifications may help relieve pain and other symptoms. Bowel relaxants such as peppermint oil, hypnotherapy, and cognitive behavior therapy (since fear and anxiety worsen IBS symptoms) may also help.

Almost 50% of the people suffering from IBS complain of constipation. Distorted communication between the bowel and the brain, slows down digestion. The slower the transit time of the food, the more water will be absorbed, leaving the stool hard and difficult to pass. Having less than three bowel movements every week is defined as constipation. When constipation is due to IBS, the patient may feel abdominal pain that improves following a bowel movement. Eating fiber-rich food, drinking more water, limiting the use of laxatives, and taking probiotics may help.

One-third of the patients suffering from IBS are affected by diarrhea. Patients with diarrhea-predominant IBS usually have twice the bowel movements of adults without IBS every week. An increase in the speed of bowel transit gives the patient sudden urges to release stool. This could be a major source of stress for some patients.

About 20% of patients with IBS are affected by alternating constipation and diarrhea. This can cause recurring, chronic abdominal pain. This kind of IBS is usually more severe than the other types with more intense and frequent symptoms.

Altered digestion may lead to an increase in gas production in the gut. This causes bloating. People with IBS often describe bloating as the most persistent and annoying symptom of the disorder.

Speedy passage of stool through the intestine give it little time to absorb water and that results in diarrhea like stools.

Mucus can accumulate in the stool due to IBS, which is not a usual symptom along with constipation.

Another, possibly serious medical condition, can be identified by blood in the stool. A person should always visit the doctor when this happens. Blood in the stool mostly appears dark or black with a tarry consistency, but it also appears red sometimes.

Almost 70% of the people who have IBS complain that some foods trigger their symptoms. Moreover, two thirds of individuals who have IBS abstain from certain types of foods. Occasionally these people avoid multiple foods.

It is still unclear as to why these foods trigger symptoms. Trigger foods do not cause significant differences in digestion. Food intolerance are not allergies.

Trigger foods are usually unique for everyone, but there are some common foods consisting of gas-producing foods, like FODMAPs, and lactose and gluten as well.

Anxiety and depression are also linked to IBS.

Whether IBS symptoms are the cause of mental stress or the anxiety of having IBS for life makes people susceptible to psychological difficulties.

Anxiety and digestive IBS symptoms add to one another in a cyclical manner, and it does not matter what comes first.

In another study, cortisol, the stress hormone, levels were compared in patients with and without IBS. Being given a stressful task, such as public speaking, showed that people with IBS had larger changes in cortisol, which meant larger changes in stress levels. Moreover, there is another study which concluded that anxiety reduction therapy reduced stress and IBS symptoms.

If you feel you are facing symptoms of IBS, you should consult a gastroenterologist. You can find and book an appointment with top gastroenterologists in Lahore, Karachi, and Islamabad through oladoc.com. You can also call our helpline at 042-3890-0939 for assistance to find the RIGHT doctor for your health concerns. 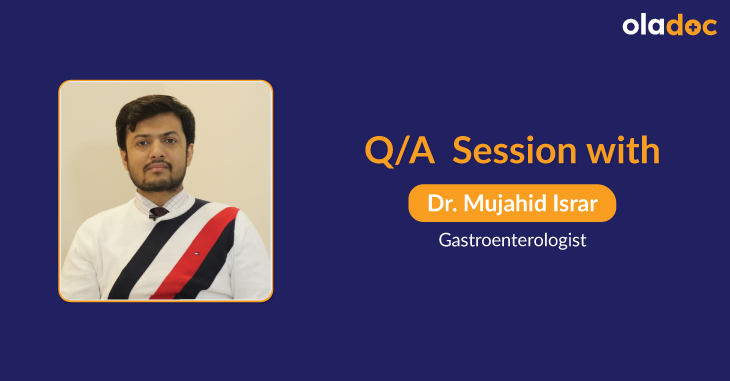