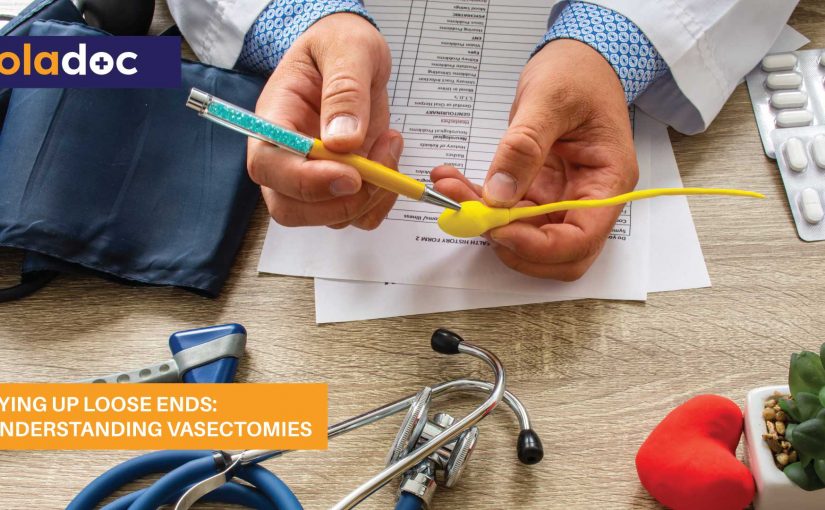 Contraceptive surgeries according to the top urologist in Lahore, Karachi or Islamabad aren’t just for women; men can have them too, with the most common male sterilization surgery being a ‘Vasectomy’.  A permanent, potentially irreversible procedure, it involves blocking the sperm ducts, or ‘Vasa deferentia’ to avoid causing a pregnancy.

Sperms (cells responsible for fertilization) are manufactured in the testicles, transported to the penis, and mixed into sebum (sperm-carrying fluid ejaculated during intercourse) via two small tubes called the vasa deferentia. Surgically cutting and tying these tubes permanently blocks the sperms’ sebum-entry route. Following a vasectomy, the produced sperms stay in the testicles, where they continue to get absorbed by the body as they die.

Being a minor outpatient procedure that does not require a hospital stay, a vasectomy generally takes between 20-30 minutes, and may be performed in one of the following two ways:

As with any surgical procedure, vasectomy also carries some risks, although most are either self-resolving, easily treatable via OTC medication and icing, or occur infrequently:

Note: Call your doctor if you experience a persistent fever of over 100° F, pain and swelling in the scrotum and/or testicles, and blood or pus from the incision site.

Should You Get One?

A vasectomy can be reversed, although you may or may not regain fertility. Therefore, only opt for the procedure if you want to eliminate the need for using contraception, mutually agree with your partner to not have any more children or none at all, or in certain cases, certain genetic disorders that you and/or your partner do not want to pass on.

So, if you are considering the procedure, discuss why you want a vasectomy with your doctor and partner, and alternate, less permanent contraceptive options (if needed). You can also book an appointment with a top Urologist in Lahore, Karachi and Islamabad through oladoc or call our helpline at 042-3890-0939 for assistance to find the RIGHT Doctor for your testicular concerns