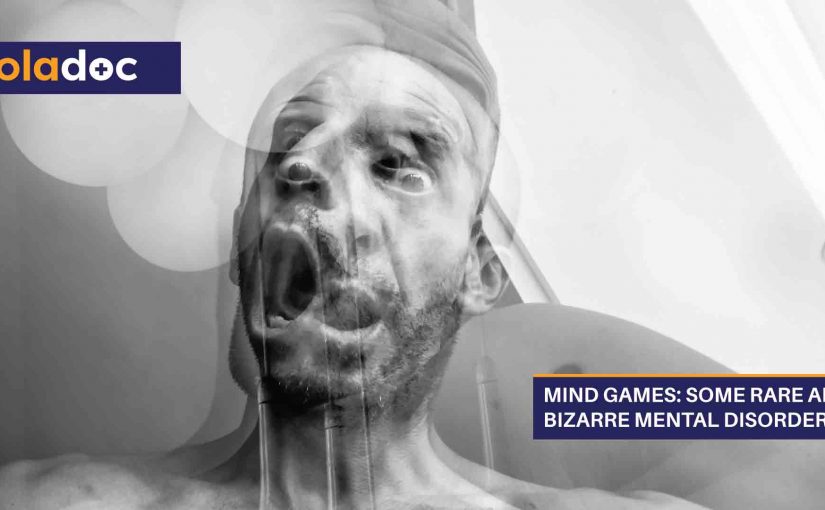 Mass media portrayal of mental health is vastly negative, yet, ironically, it has also served as a means of awareness for many mental disorders. That’s the reason people have started to realize the need of exploring general psychological problems find a psychiatrist in case needed.

Since we’ve already discussed a brief overview of some of the most commonly diagnosed mental health disorders, let’s expand on that knowledge with a brief introduction to 10 lesser known mental illnesses, most of which, despite being recognized as separate diagnoses, are actually more specified versions of general conditions, and are treated as such:

Sometimes, a stroke or other brain damage to the corpus callosum (the part that connects both halves of the brain), or the frontal or parietal lobes constituting the upper portion of the brain causes confusion between the two hands’ coordination, termed as ‘inter-manual conflict’.

This leads the patient to believe that one hand does not belong to them and ‘has a life of its own’ due to its involuntary movements, such as knocking down a glass held in the other hand, or writing something with one hand, only to have it unwillingly erased by the other.

Named after French psychiatrist Joseph Capgras, it is characterized by the delusional belief that a loved one is actually an impostor with the same face, and is usually observed in people with schizophrenia, dementia, epilepsy, and brain injury.

While the exact cause is yet unknown, a popular theory is that despite visually recognizing a close relation’s face, the brain does not associate any feelings of ‘familiarity’ with it, due to a malfunction in the brain’s image-processing sector, hence identifying them as strangers. Conversely, people with Fregoli Syndrome believe that different people are actually one person in multiple disguises.

Known also as ‘Todd Syndrome’, or ‘Micropsia’, AIWS is a visual hallucination commonly induced by frequent migraines, brain tumors, drug abuse, or at the early onset of Epstein-Barr virus. It causes changes in perception, such as seeing something as much smaller or larger than its actual size or altered body image. However, it is not caused by vision problems.

Nearly 50-80% of amputees or people who have undergone organ removal report feeling pain and discomfort where the missing limb or organ used to be, with some even feeling the limbs move, or acting independently of their own will, similar to AHS. The condition is commonly treated with Virtual Reality Therapy.

First observed in people taking dopamine for Parkinson’s disease treatment, Othello syndrome, much like its namesake, is the delusional belief of suspecting one’s partner of infidelity, resulting in extreme monitoring, controlling behavior, and physical abuse; coupled with a complete denial of all such acts.

It is observed in victims of abduction, rape, and family abuse, who, due to extreme psychological and emotional trauma, begin to display signs of sympathy, loyalty, and voluntary compliance with the violators, despite the risk of personal harm.

Named after a 1973 bank robbery in Stockholm, Sweden, in which all hostages began to support, and deny convicting the perpetrators upon rescue, Lima Syndrome is its polar opposite, i.e. the perpetrators condescending to the wishes of the victims.

Named after the 18th-century German officer and famed exaggerator Baron von Munchhausen, people suffering from this condition are identified via their ‘hospital mania’, i.e. lying about or self-producing symptoms, and even altering test results to seek medical care.

Most Munchhausen sufferers are victims of child abuse or have a personality disorder and are fully aware of their exaggerations. Similarly, those with Factitious Disorder by Proxy, insist that someone under their care-usually a young child has a mental or physical illness when they don’t, often resorting to potentially harmful self-treatment in case of medical aid denial.

Improperly designated after the infamous Greek minimalist philosopher Diogenes of Sinope, this condition has commonly been observed in the elderly with dementia and is characterized by extreme self-neglect, lack of hygiene, shame and apathy, antisocial behavior and compulsive hoarding of useless items.

People with apotemnophilia insist on amputation of healthy parts of the body, often resorting to self-amputation or extreme self-harm, leaving no choice except surgical amputation. Like AHS, the condition has been linked to right parietal lobe damage and can be controlled via therapy. However, it is extremely difficult to identify as most people with the disorder refrain from seeking medical attention.

Sometimes, people (mostly teen aged girls) suffering from depression or stress repeatedly and compulsively pull hair from their scalp, eyelashes, eyebrows, face and nose, even eating it in some cases, and resulting in irregular bald patches that are later disguised via cap, wigs, etc. The condition is largely involuntary, i.e. people are usually unaware of their habit, leading to it being understood as an impulse control disorder or a form of self-harm.

While rare, most of these conditions might co-occur with a common mental disorder if allowed to advance, making the recognition of initial symptoms absolutely necessary. If you or someone you know displays any signs indicative of a mental disorder, consult a psychologist in your city. 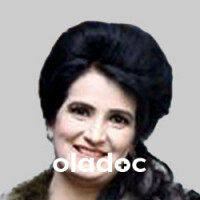