Home » Mental Health » A World of Fears: A List of Rare and Bizarre Phobias (Part 2)

A World of Fears: A List of Rare and Bizarre Phobias (Part 2) 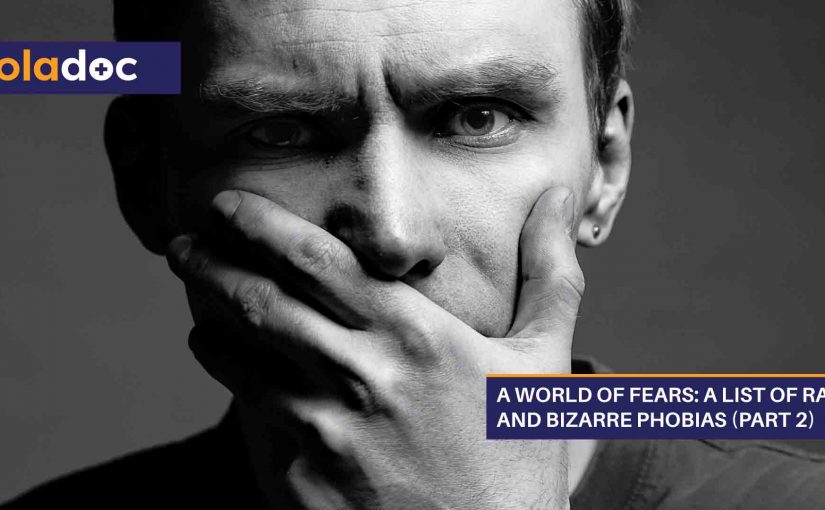 Although relatively unknown in the past, Nomophobia, aka the fear of being without one’s mobile phone, is gradually affecting more and more people worldwide owing to the central position that smartphones have acquired in our lives. Here’s a list of some more, equally bizarre phobias  that may demand a visit to the top psychiatrist in Lahore.

The dark, scary woods of childhood movies and fairytales can sometimes have the opposite impact on some individuals, leading to severe anxiety attacks when surrounded by tree-rich environments, or even the thought of trees as adults. Other nature-related fears include Anemophobia, Ombrophobia, and Heliophobia, or the fears of wind, rain, and sunlight, respectively.

In addition to possibly choking on buttons, memories of buttons on the clothes of abusers may persist through childhood and manifest as major, panic-inducing fear at the mere sight, discussion, or thought of buttons. Koumpounophobics tend to avoid buttoned clothes as a coping mechanism.

Similar to buttons, small details of past events can become ingrained into the memories of sufferers only to later turn into phobias. In this case, being tied when kidnapped or as a punishment, or even watching televised versions of such events can induce a paralyzing fear of strings in some individuals.

Leading to unhealthy eating habits, eating disorders, and other nutrition-related conditions, mageirocophobia generally stems from feelings of inadequacy and past ridicule related to one’s cooking skills. Affectees may also be intimidated in the presence of skilled cooks.

Omphalophobics suffer from delusions that their insides might spill out, or feel disgusted due to the belly button’s association with the umbilical cord (particularly its appearance and texture). This results in the inability to see and touch, or have others touch their belly buttons. Other bodily phobias include Omphalophobia and Genuphobia, i.e. the fears of knees and hands, respectively. However, both these fears originate from past physical injuries.

Despite being the highest holy authority in Christianity, the rare few individuals, for unknown reasons, experience major panic attacks upon sighting the pope and things related to him on TV or elsewhere. Papaphobia is a close relation of Hierophobia and Hagiophobia; both fears of holy individuals and objects.

Past incidents involving bearded men and the continuous misrepresentation of bearded men as menacing and dishonest individuals has led to the ever-increasing fear of such people. The fear of chins, aka ‘Geniophobia’ also has similar roots, making socialization highly difficult and uncomfortable for those affected.

Individuals who are particularly isolated from their extended family or, have had unpleasant, traumatizing experiences during family gatherings may develop an incapacitating fear of meeting and socializing with their relatives. Sufferers are encouraged to increase family interactions to avoid harming their overall sociability.

From small, porous items like honeycombs, sponges, and skin pores to large street potholes, affected individuals may suffer from irritation, nausea, shivers, and even panic attacks when faced with such objects. Most trypophobes register holed objects as life-threatening due to past trauma or may simply overreact to the unease and disgust felt by the objects’ overall appearance.

The fear to end all fears, sufferers live in a constant state of panic, unease, and dread without any specific triggers. It is a known by-product of schizophrenia and is hence recognized as a medical disorder under the alias of ‘non-specific fear’.

No phobia is ridiculous. If your fear makes daily operation difficult or takes a toll on your emotional well-being, do not hesitate to contact a specialist. You can also book an appointment with a top psychiatrist in Lahore, Karachi and Islamabad through oladoc or call our helpline at 042-3890-0939  for assistance to find the RIGHT Doctor for your mental health concerns. 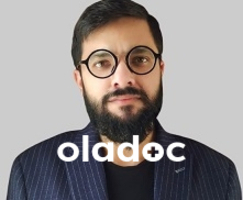