Foods With the Anti-Inflammatory Power to Reduce Pain 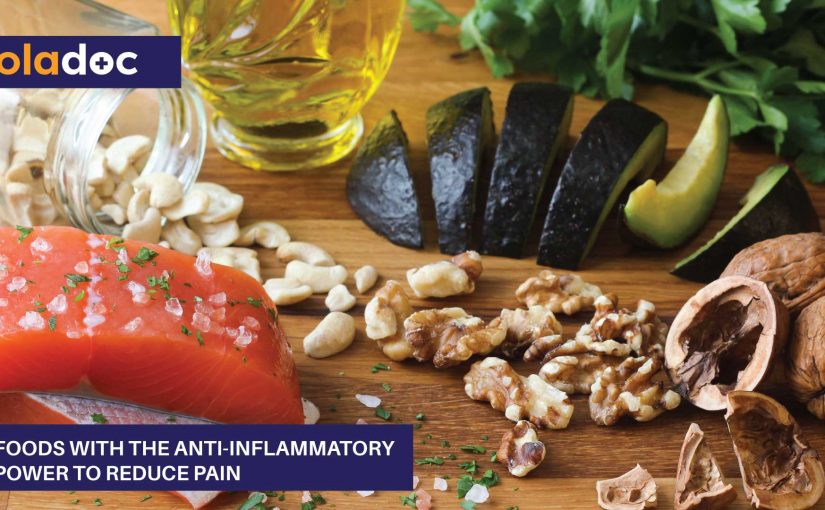 Your immune system is activated when your body senses something foreign, like an invading microbe or plant pollen. It triggers a process known as inflammation. Sometimes inflammation persists even when there is no threat of a foreign invader. That’s when inflammation becomes an enemy. A lot of diseases such as arthritis, diabetes, and depression have been linked to chronic inflammation. Good news is, studies have shown that components of certain foods may have an anti-inflammatory effect. The following anti-inflammatory foods may help reduce pain and give relief:

Cherries neutralize the free radicals in the body, thereby reducing inflammation. Anthocyanins, which give cherries their red color, have the same anti-inflammatory effect as aspirin. Apart from cherries, strawberries and raspberries also contain anthocyanins. Cherries contain catechins as well, which are also anti-inflammatory.

A cup of black coffee has more antioxidants than one serving of berries and can provide relief from headaches. Coffee contains caffeine, which reduces inflammation. Common headache remedies also work better with coffee. Whether you take ibuprofen or aspirin, they work more effectively when combined with caffeine and keep the pain at bay for longer.

Tomatoes are a good source of potassium, vitamin C, and lycopene, an antioxidant with anti-inflammatory properties. Lycopene reduces pro-inflammatory compounds linked to certain types of cancer. Drinking tomato juice has been shown to decrease inflammatory markers considerably in overweight women. Cook tomatoes in olive oil to increase the absorption rate of lycopene. The reason behind this is that lycopene is a carotenoid and carotenoids are fat-soluble nutrients.

Soy contains isoflavones, which are anti-inflammatory plant hormones. To keep the pain away, you can consume edamame (baby soybeans), flavored soy milk, and soy burgers.

This herb also has anti-inflammatory properties. It has been used since ancient times for its flavonoids which help reduce swelling.  Studies have shown that sage is also a memory booster.

Ginger has also been used for centuries to help with various ailments such as stomachaches and nausea. It can help treat many diseases with its anti-inflammatory powers. Ginger may also help reduce muscle pain after physical activity.

These little juicy gems have lots of phytonutrients that may fight inflammation and lessen pain. If it’s not berry season, frozen blueberries can have the same or even more nutrients than fresh. Other fruits with antioxidants and polyphenols, including strawberries and oranges, can have a similar soothing effect.

Pumpkins are a terrific source of magnesium, a mineral that may cut the number of migraines you get. It may also help prevent and treat osteoporosis. But despite what you may have heard, it doesn’t seem to stop leg cramps at night. For more magnesium, add almonds and cashews, dark green leafy vegetables (like spinach and kale), beans, and lentils to your diet.

Feel that peppery tingle in the back of your throat? That’s a compound called oleocanthal, and it works like ibuprofen. Extra-virgin olive oil also has lubricin, which keeps joints sliding smoothly and protects cartilage from breaking down. It might help people with osteoarthritis. Stick to lower temperatures (less than 410 degrees) when you cook with olive oil so you don’t lose any of its many benefits.

Capsaicin, the stuff that gives chilies their heat, is well known for its painkilling properties in creams and patches. Some early research suggests that eating hot peppers, instead of putting them on your skin, may reduce and prevent inflammation, too. The “burn” also tricks your brain into releasing endorphins, which block pain signals.

Peppermint oil relieves the painful cramps, gas, and bloating that are the hallmarks of irritable bowel syndrome. Peppermint tea is a good soother for occasional tummy upset. In early research, Brazilian mint tea (made from the plant Hyptnis crenata) has been as effective as a prescription painkiller.

You can consult a nutritionist to find out which anti-inflammatory foods you should add to your diet. You can find and book an appointment with top Nutritionist in Islamabad, Karachi and Faisalabad through oladoc.com. You can also call our helpline at 042-3890-0939 for assistance to find the RIGHT doctor for your health concerns.

Winter Diet: 10 Healthy Foods You Must Eat This…